The burrito is the American souvlaki.  Antidote when the late-night munchies strike...seedy stomach settler, full of glorious grease and sauce.  A knight in shining silver foil armour.  When Mr Baklover moved here from Chicago, he began the transition from burrito cravings in the wee hours to settling for a souvla instead.  Of course, that was before the Mexican and American food craze swept across Melbourne, and now in Swan Street, Richmond alone - right near where we first lived - there are two new authentico Mexican joints where he could have found hangover salve in the form of burritos and tacos. In a coup of sorts, Highpoint is the location of Victoria's first Guzman Y Gomez store - a chain that first started in Sydney, specialising in burritos, tacos and quesadillas. It's an upmarket fast food setup similar to Nandos.  You order at the counter but take a table number and in a few minutes your grub is delivered to your table. 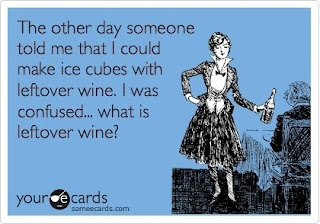 Thank you Ms A!

That day Mother needed a Bex and a good lie down after one Chardy turned into three.  Perfect, I thought, a big greasy burrito oozing with cheese for lunch - that will cure what ails me!  So off to Guzman Y Gomez we went. The condiment station is extremely generous - you can load your burrito up with jalapenos and test your manliness with three different grades of Tabasco for nada. There are two burrito sizes - the adult mini and the kids version are the same size, as shown here.  If this is mini, the large must be the size of a small dog.  They are quite satisfyingly heavy and warm when clutched with two fists. These tacos were yummy.  The beef is super slow cooked and shredded in a rich, earthy sauce.  I'm pretty sure the cheese is proper Monterey Jack cheese.  The big surprise was authentic, healthy (and hard to find in Australia) black beans.  Pretty good. This kids' burrito was packed with chunks of marinated chicken, smoky from the grill, white rice and a smattering of cheese.  The tortillas are delicious, really toothsome and tender. This grown-up spicy chipotle pork burrito also had meltingly tender, pull-apart meat.  Those lovely black beans appeared again along with a pico de gallo chunky-type salsa, with all the juices running into soft white rice.  Out of the three meat fillings, I think the chicken was my fave.  They also do barramundi and an all-veg version.

Now hang on - where is the gloop, the mountains of yellow cheese and fatty, cheap meat?  It's clear that these were not the fast food burritos that I had been expecting.  Guzman Y Gomez don't appear to be perpetuating the Taco Bill-style cheese and sour cream fest that we have come to expect from el cheapo Mexican.  This lunch was fresh and relatively nutritious.  It's still a chain and it's still fast food, but it's a better option when you're marooned at Highpoint - although I wish they had real crockery for eat in like Nandos do, instead of everything being throw away.

So Guzman Y Gomez didn't cure my hangover.  In the long run, though, that's a good thing.  However, they do serve Coronas and margaritas, so maybe next time they can help me start a new one!

Posted by Lauren aka Ms Baklover at 8:52 AM