"Want some of my burger?"

This conversation took place between my 4-year-old and I in downtown Droop St, just an hour or so ago.  Yes - we were in the 'scray, talking about not banh mi, but burgers.  And we weren't shivering in the lee of a truck - we were in a real bricks n' mortar burger bar. 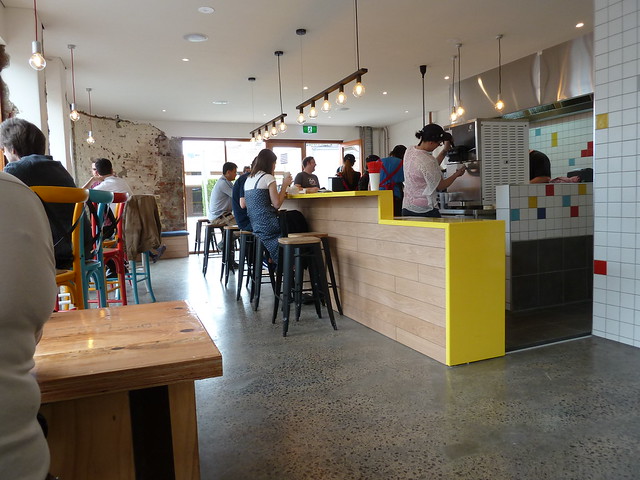 You should be, because 8 Bit has officially thrown its doors open today, and has brought a new style of dining to Footscray that I am very, very excited about. 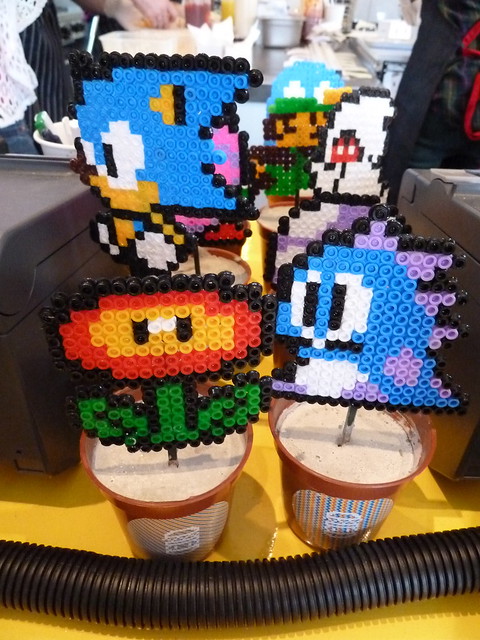 The theme is old video games, which is played out in some of the burger names ("1UP" mushroom burger, anyone?) and in the awesome table number thingies. 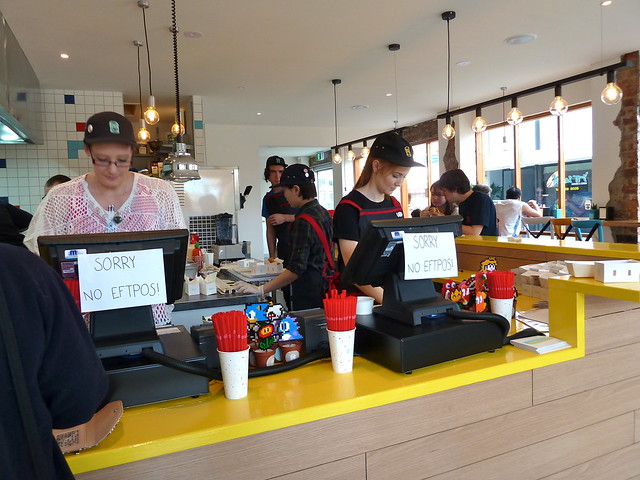 I could never play anything on Nintendo harder than Mario Bros - I just used to mash all the buttons with my fingers and occasionally my character would do something awesome.  In the face of so much menu awesomeness (smoked frank with bacon, grilled onions and BBQ sauce, anyone?  Crispy chicken burger with slaw and Sriracha???), I kind of applied the same theory to choosing our meal. 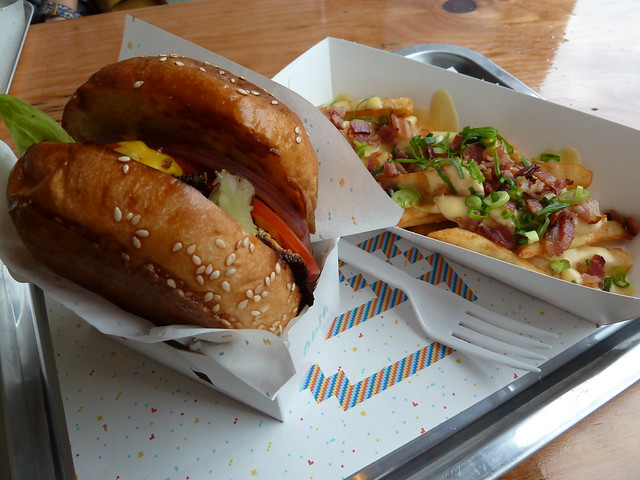 Oh em gee.  So delicious.  I went the classic 8Bit with Cheese, which was great.  The burgers are cooked on a griddle and the patty had a great crust on the outside.  Nice pickles and the now-classic brioche bun...  Yum. 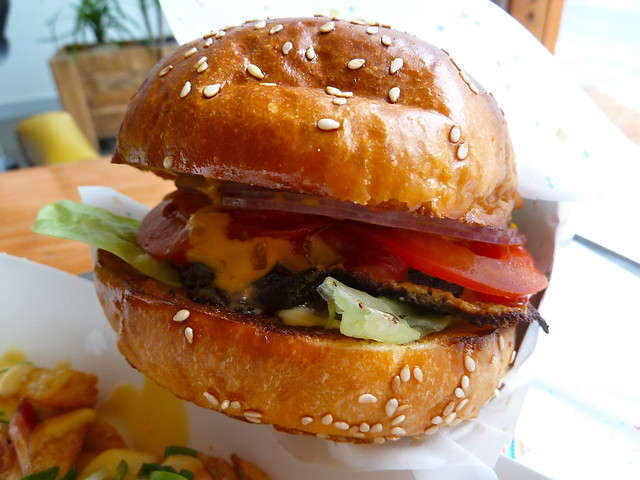 But the fries!  These were bury-your-face-in good.  Covered in melted cheese sauce with quality chopped bacon - they were sensational. 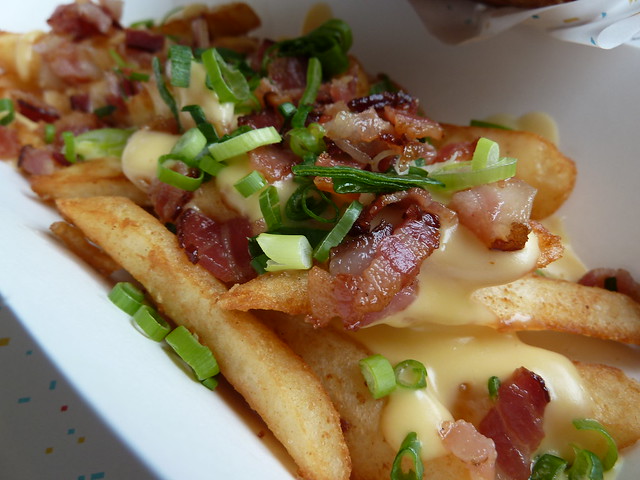 Can we reflect on the prices?  I think they are crazy reasonable.  $8.50 for a burger, plus $3 for a side of beer-battered fries - that's way cheaper than Grill'd, and loads better. 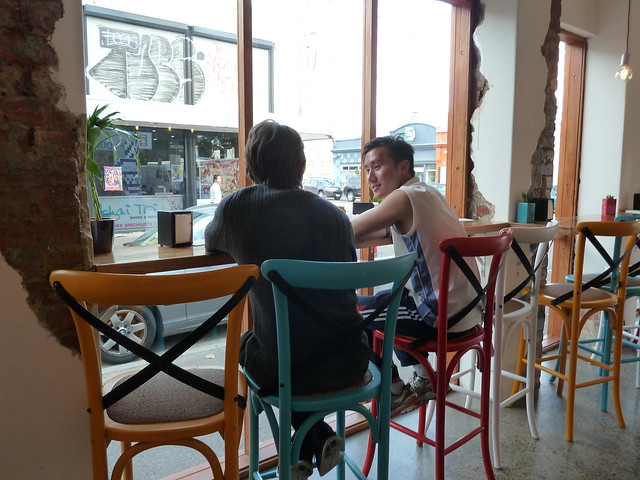 Lest you go howling about "hipsters" taking over the neighbourhood, you should know that two of the three partners behind this enterprise are Footscray boys, born and bred.  The other is from Geelong, so he's got westie wings too. 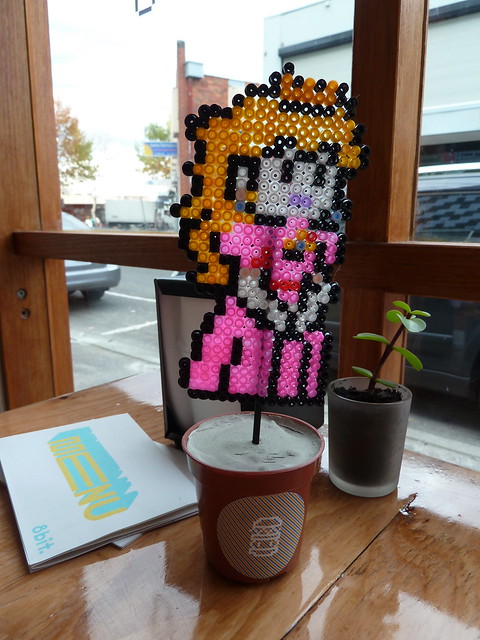 Anne, who had brought her lovely bub in pram in, was kind enough to let us share her table.  The staff were super lovely and accommodating to the mum and little one, even bringing him a bickie when he got a bit over it all.  When this mama is similarly over it all, I intend to rely on 8 Bit just the same way - hopefully there will soon be some voddy to tip into those strawberry cheesecake shakes! 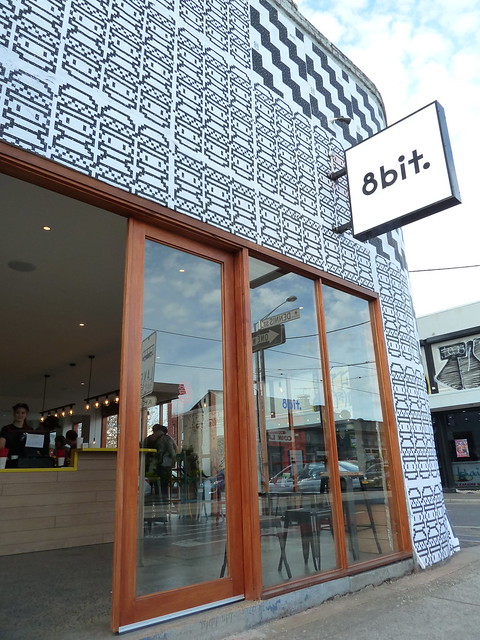 Posted by Lauren aka Ms Baklover at 3:29 PM