Remember Besito?  For newer WeFolk, this was a Colombian cafe that was open for about a year a year or so ago, and brought beautiful white corn arepas and Five Senses coffee to Barkly Street.  Sadly it closed (for family reasons, I believe).  But we are going to get another chance to bring some South American sunshine into our lives (and bellies) - Nuevo Latino is opening soon! 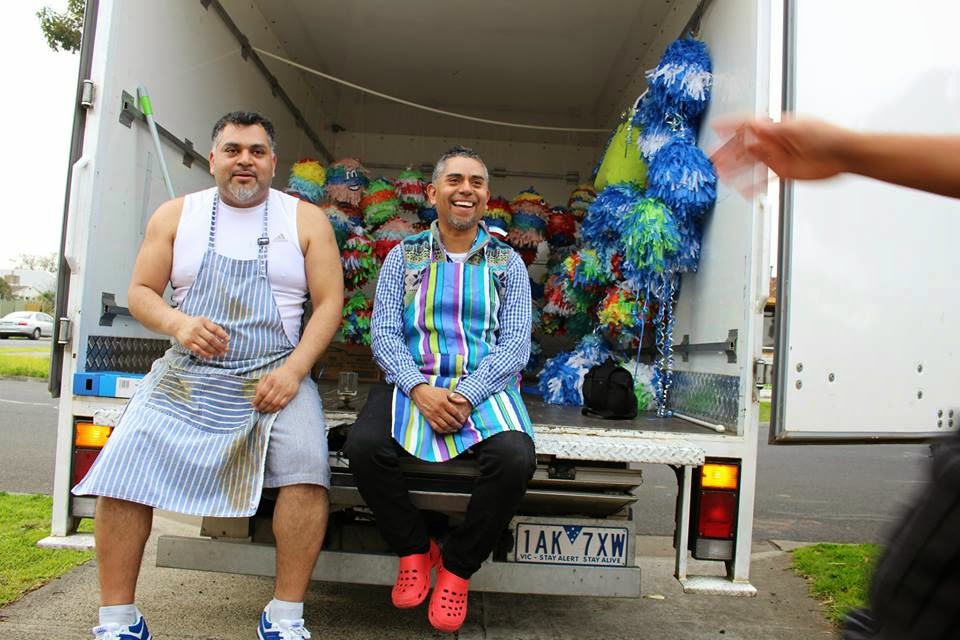 So, here's the goss.  Nuevo Latino will be opening soon in the old Cafe Bianco premises.  The folks behind it are the Rodriguez family, namely brothers Salvador (aka Sal) and Juan, plus their mum.  They are originally from El Salvador and have run a successful Latin American catering business in Melbourne for a number of years.  Sal tells me they are the official caterer for a number of Melbourne's central and south American consulates.  That's a pretty big endorsement!

Sal tells me they are really excited to take up residence at Bianco Cafe.  "We loved the vibe of Phil, the previous owner, who would feed the poor by giving soup," he tells me.  In the same spirit, Nuevo Latino will have a suspended coffee scheme (a voluntary system where you can pay in advance for someone in need's coffee - read more here).  "We still want to keep that community feel," says Sal.  In terms of decor, a graffiti artist is coming from Colombia to decorate the beer garden with "an Aztec or a Mayan feel". 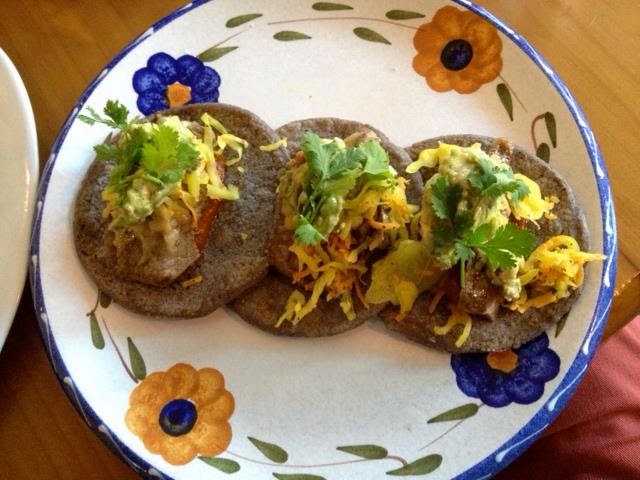 And the menu?  It's not locked down yet, but Sal told me of inspiration from "Nuevo Latino"-style cooking from Miami, which embraces a modern spin on traditional central- and south-American recipes.  His partner is Japanese, so there might be some Japanese-El Salvadorean fusion going on!

Neuvo Latino's big launch is on November 6th, but if you can't wait till then, you should check out the Barkly Village Showcase, happening on Wednesday October 29th.  This has been put together by Col Cameron, local resident, comedian and MC.  He runs the Barkly Village Facebook page and says, "I created the page because I live close to the short strip and felt that it could be so much livelier.  My dream is to have all the restaurants regularly posting their specials for locals each week.  I also want the restaurants to work together on events to liven up the area." 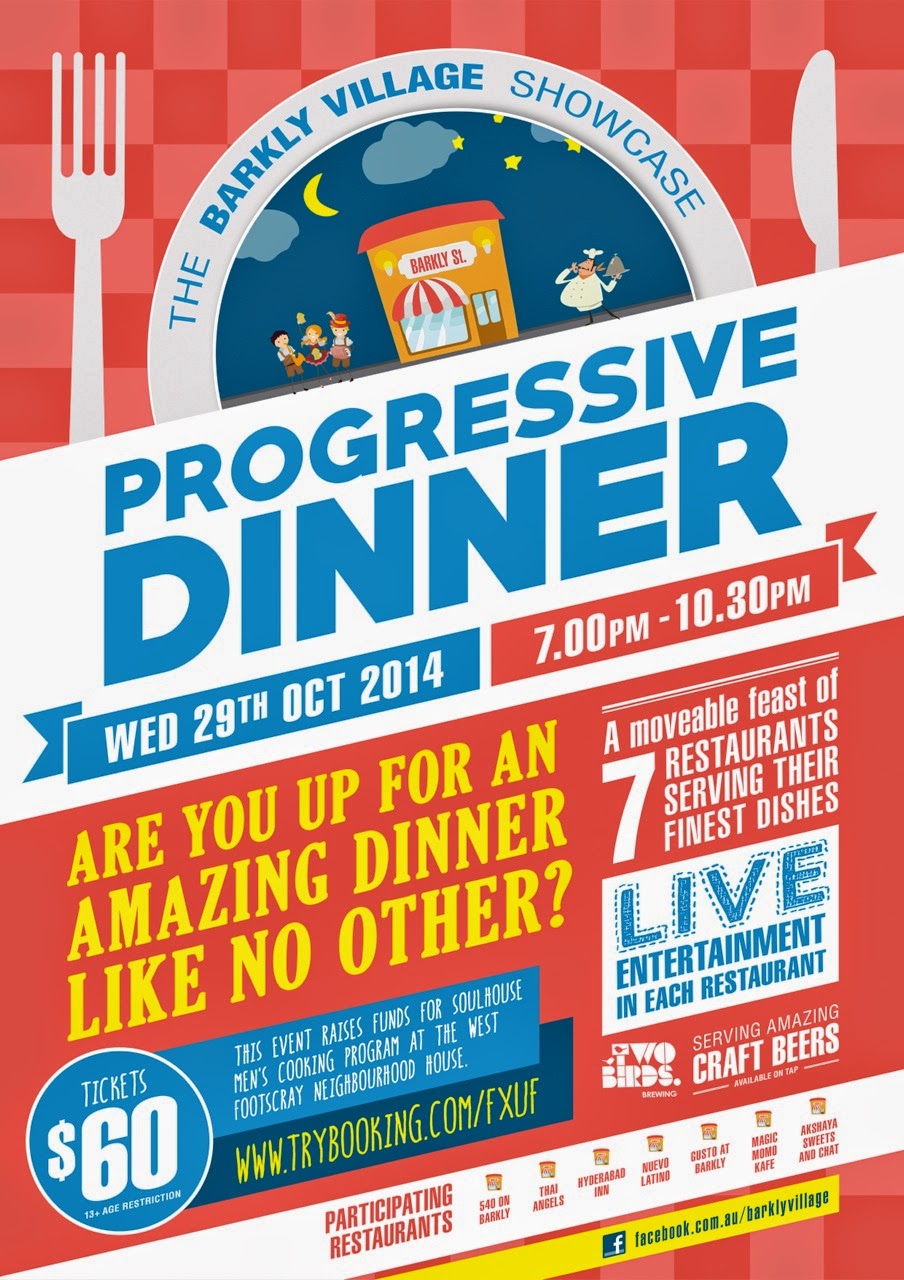 Tickets are $60 and include:

*  A three-course dinner, with each course at a different Barkly Village restaurant.  It's a lucky dip, with punters learning the location of their first restaurant two days before the event, and then being guided "to their second mystery restaurant and the same for dessert".  Participating restaurants include 540 on Barkly, Thai Angels, Hyderabad Inn, Akshaya Sweets and Chat, Magic Momo Kafe, Gusto at Barkly and Nuevo Latino.

*  A donation to Soulhouse Men's Cooking Program, a cooking program run by the West Footscray Neighbourhood House which "responds to a keen interest among local rooming house men in coming together each week to develop their skills in the kitchen in order to provide nourishing meals, both for themselves and others".

*  All restaurants will be hosting live entertainment...

*  Nuevo Latino will serve savoury and sweet tapas throughout the night to all patrons as they move between restaurants and courses...

*  Non-restaurants on the strip will be contributing prizes and gift bags to be won throughout the night...

*  Two Birds in Spotswood will bring their "mobile brewing station" !

To purchase tickets, head to TryBooking.  I have no financial association with this event - I just think it's a great idea.

Also make sure to like Barkly Village on Facebook to stay up to date with the strip.  You can also get all the news and updates from Nuevo Latino right here.

Posted by Lauren aka Ms Baklover at 11:29 AM