"Ovest...  Now, why does that seem so familiar?"  I couldn't pick it.  Then it dawned on me - it's the name of Footscray Hospital's cafeteria!  As a friend said on Facebook yesterday, let's hope the name is the only thing the Ovests have in common! 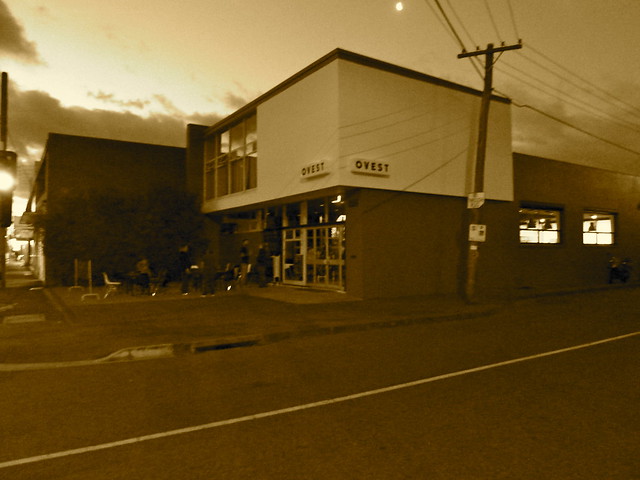 But anyway, let's rewind.  This post is not about "hospital Ovest"; it's about "new upmarket pizzeria Ovest", which just opened last night in Barkly Street, West Footscray. 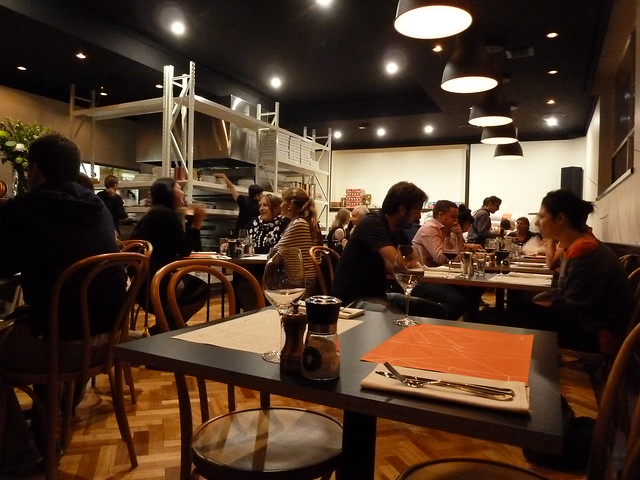 This is a partnership between Alex and Kate Rogers of Seddon's Sourdough Kitchen and Ben Sisley, ex-Mr Wolf, the Karen Martini-owned pizzeria in St Kilda.  It is patently obvious they know what they are doing.  Ovest has arrived fully formed, like some sort of incarnated being - at least from what we saw last night, there is no messy infancy here. 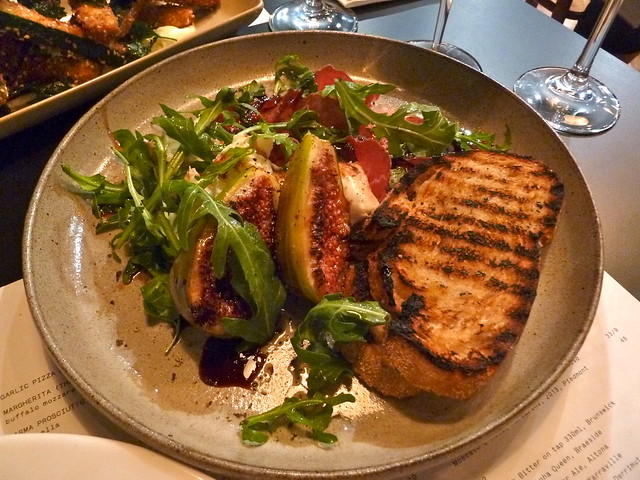 Loved this bresaola (air-dried beef) with huge fresh figs, vincotto, fresh mozz and rocket.  The bread is of course from Alex's other business, Sourdough Kitchen.  All the flour there and all the flour here is certified organic. 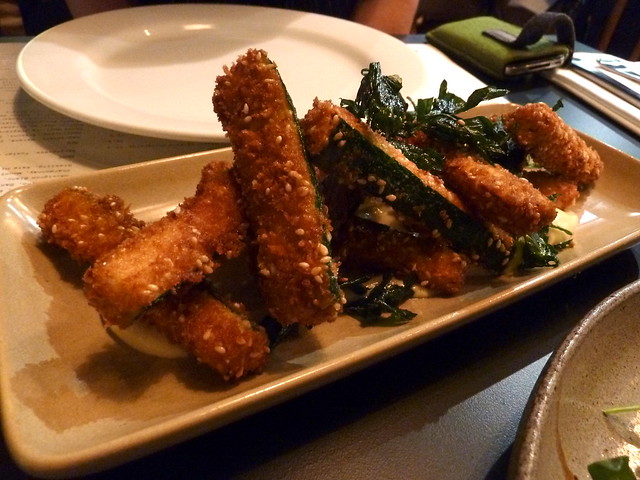 Zucchini fritters were gorgeous, with a non-oily breadcrumb-y crust just clinging to surprisingly juicy zucchini fingers.  A good swizzle through some "truffle mayo" and they were even better. 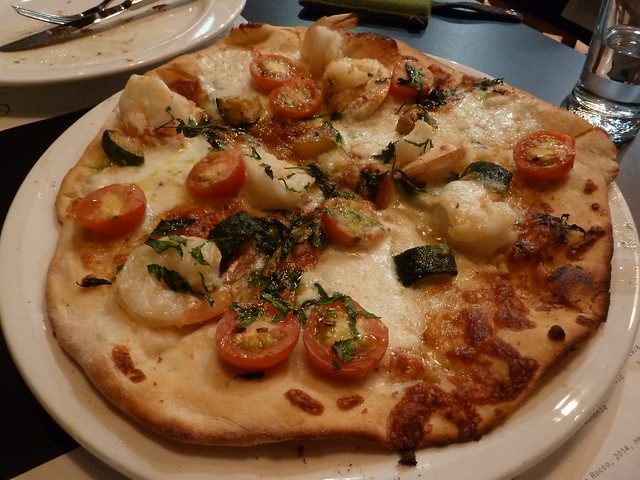 Look at that gorgeous thing, just rippling with prawns and tommies!  I've always been a bit unexcited by fancy pizza joints as they seem dear for what you get.  Twenty-odd dollars for dough and a smattering of toppings - but when the pizza is this good, it feels worth it. 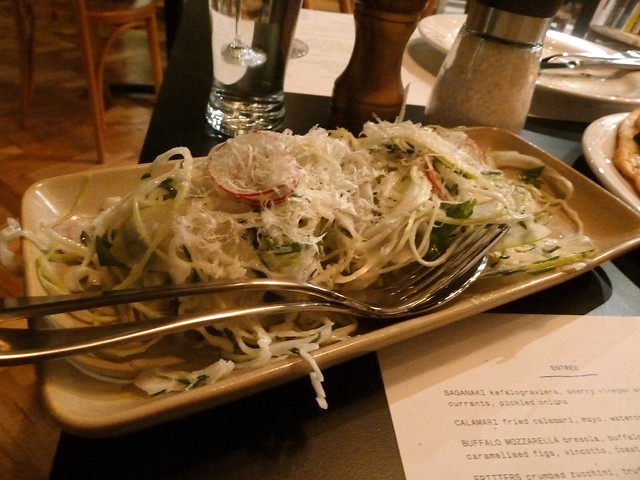 Plus, Ovest's pizzas are big - if you have starters, you probably only need one between two.  If you want to be extra greedy, get a side like this lovely coleslaw with cabbage, pear, radish and lemon.

If you want to bypass the pizza, there's a tuna nicoise that looks the business, as well as pork and veal lasagne, cannelloni, and a daily roast special.  The kids menu is good value and a smart addition to a family-heavy area - your choice of lasagne, two pizzas or cannelloni plus ice-cream scoop for $12.  There is gluten-free pizza for $1 extra. 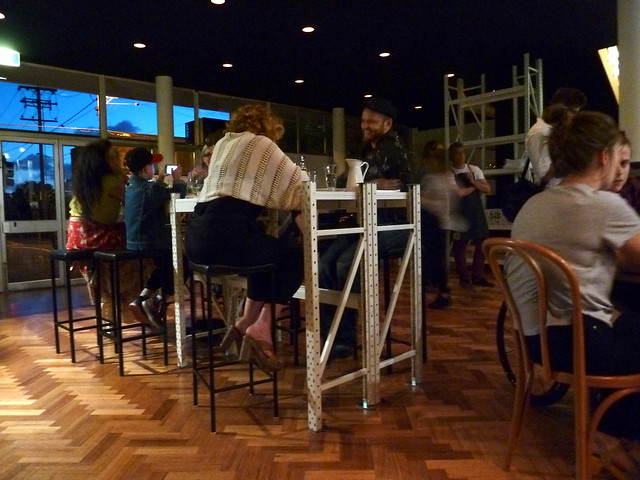 Ovest were almost full on opening night last night, which had not been publicised widely, so I would imagine they are only going to get even busier.  Queues in WeFo - who would have thought?

And as for "hospital Ovest"?  For all I know, they do a brilliant Friday lasagne special.  If you have a hot tip there - let me know!

Posted by Lauren aka Ms Baklover at 10:31 AM