City of the Big Shoulders 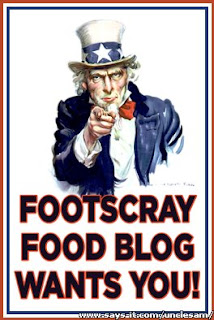 In just a few days, I will be the seventh circle of hell - on an aeroplane above the vast Pacific Ocean, by myself, with my three children aged 4, 2 and 1.  We are headed to the balmy summer of the warm American Midwest, to stay with Mr Baklover's family, and will be gone for a couple of months. 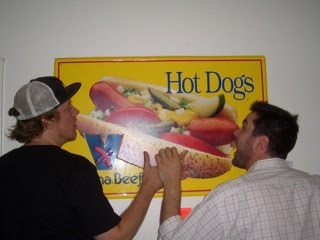 While there, I hope to share some of my favourite American foods with you, like ribs, Italian beef sandwiches, and Chicago-style hot dogs.  Unlike Australia, the USA takes an immense amount of pride in its junk food, and I don't say that facetiously.  Far better to have a pizza, albeit a cheesy, pepperoni-studded one, made with love and care than the horrible, flabby examples thrown in a cardboard box that we often get here. 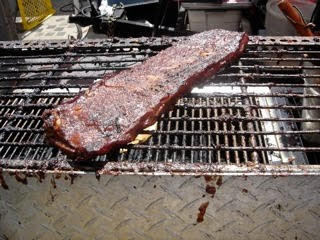 I also hope to share with you some of the cuisines that are unique to America, like African-American soul food.  I want to make the most of having access to Hispanic ingredients such as fresh tortillas and a myriad of dried chillies.  Rather than simply going off air, I hope you will instead enjoy some posts about American food, which is so much more than McDonalds and Burger King. 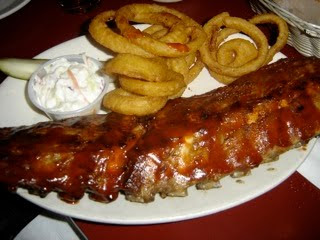 But, dear readers and fellow bloggers - help me keep the home fires burning!  Please consider contributing to Footscray Food Blog with a review of a restaurant or a recipe based on an interesting, locally-obtainable ingredient, from anywhere west of Pascoe Vale Road.  If you can take a photo or two, that would be brilliant.  Email submissions to footscrayfoodblog@gmail.com.  Don't be shy!

I still have a few more Footscray reviews up my sleeve, so don't despair just yet.  Thank you as always for reading!  I do love writing this blog, and I love getting your comments and emails.  As the inner West gentrifies, a process of which I know I am a part, I feel it is so important to encourage newer residents to engage with our local area, lest it become merely a dormitory suburb.  Get out there, and get exploring!

HOG Butcher for the World,
Tool Maker, Stacker of Wheat,
Player with Railroads and the Nation's Freight Handler;
Stormy, husky, brawling,
City of the Big Shoulders:
They tell me you are wicked and I believe them, for I
have seen your painted women under the gas lamps
luring the farm boys.
And they tell me you are crooked and I answer: Yes, it
is true I have seen the gunman kill and go free to
kill again.
And they tell me you are brutal and my reply is: On the
faces of women and children I have seen the marks
of wanton hunger.
And having answered so I turn once more to those who
sneer at this my city, and I give them back the sneer
and say to them:
Come and show me another city with lifted head singing
so proud to be alive and coarse and strong and cunning.
Flinging magnetic curses amid the toil of piling job on
job, here is a tall bold slugger set vivid against the
little soft cities;
Fierce as a dog with tongue lapping for action, cunning
as a savage pitted against the wilderness,
Bareheaded,
Shoveling,
Wrecking,
Planning,
Building, breaking, rebuilding,
Under the smoke, dust all over his mouth, laughing with
white teeth,
Under the terrible burden of destiny laughing as a young
man laughs,
Laughing even as an ignorant fighter laughs who has
never lost a battle,
Bragging and laughing that under his wrist is the pulse.
and under his ribs the heart of the people,
Laughing!
Laughing the stormy, husky, brawling laughter of
Youth, half-naked, sweating, proud to be Hog
Butcher, Tool Maker, Stacker of Wheat, Player with
Railroads and Freight Handler to the Nation.

Posted by Lauren aka Ms Baklover at 8:40 AM