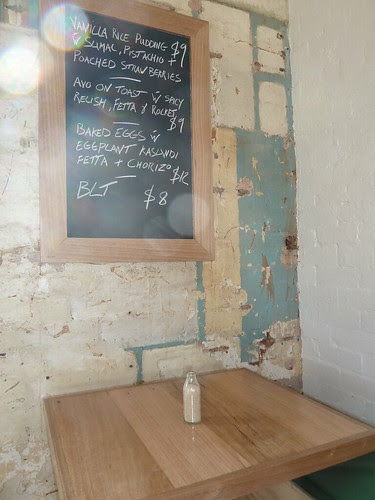 As we sat at Wee Jeanie, Yarraville village's newest cafe, there was a feeling of deja vu.  On the next table, diners attacked sourdough bread topped with chubby avocado halves and a creamy rocket salad.  Bryan ordered baked eggs with eggplant kasundi.  "Hold on a minute..." I thought.  "These guys are ripping off Cornershop!"  My outrage was misplaced, however - Wee Jeanie is owned and run by the team behind Cornershop.  Does this satellite stack up to the mothership, however? 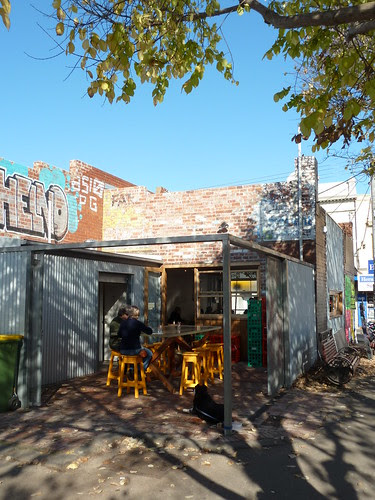 Wee Jeanie has taken over the premises of the old record shop in Yarraville village, opening up their back courtyard.  It's quite lovely to wander along the cobblestones alongside the quaint old station as the autumn leaves fall, before slipping into Wee Jeanie via the back door. 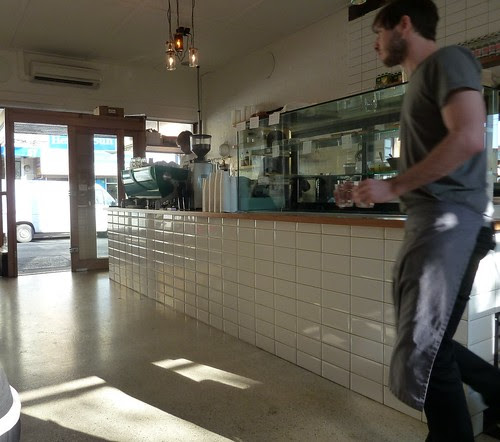 Inside it's classic Melbourne cafe chic - lightly-varnished wood, raw and whitewashed brickwork, creative light fittings (these ones made of preserving jars).  It's a small space that the minimalist chic makes feel much bigger, with the kitchen behind the counter, a bench seat along one wall and tables facing it. 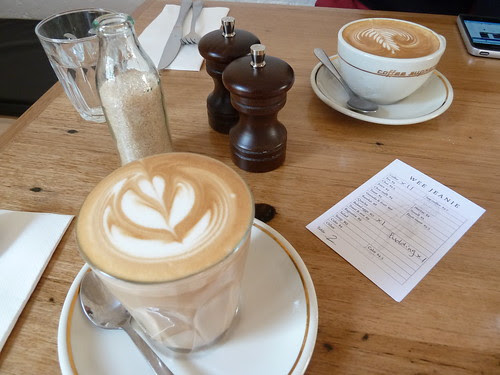 Coffee, $3.70
It must be said, we waited a long time to order and eventually went to the counter.  (Bryan had been there for longer than me so it wasn't a case of my sneaking in the back made the staff not notice.)  Coffees took a very long time and only arrived just before our meal.  This is in contrast to the snappy service at Cornershop and indeed, most of Melbourne's better cafes, where immediately upon sitting and being given a menu one is asked, "A coffee first?"  Made with chocolatey Coffee Supreme beans, a latte here was quite mild in flavour, good but not outstanding. 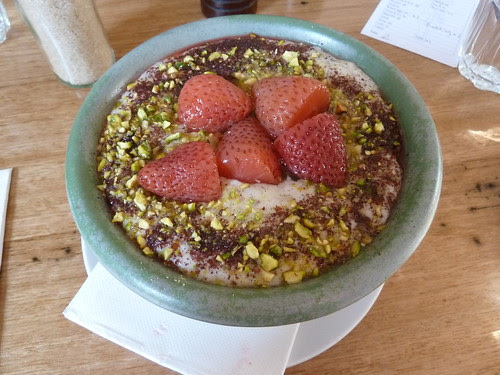 Vanilla rice pudding, $9
This was just gorgeous.  I loved the duck egg blue bowl which made scooping spoonfuls of this lovely porridge feel like a little meditation.  The rice was soft, creamy and not at all mushy.  Sumac was an ingenious element which gave it citrus tang, while crushed pistachios created textural variation.  The strawberries were just heavenly, plump and juicy. 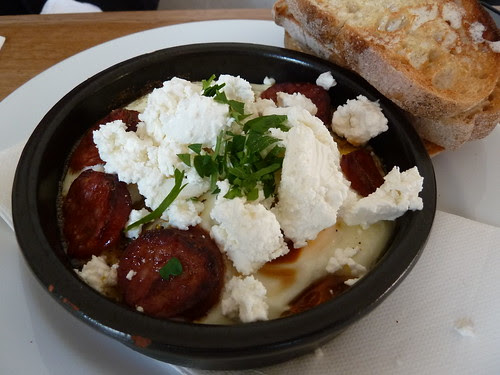 Baked eggs, $12
Bryan's eggs were pretty good.  The eggplant "kasundi" (a type of relish, apparently) was very heavily seasoned with cumin, perhaps too much so.  I thought the eggs were overdone - the yolks were not runny.  However, the feta was creamy and of good quality. 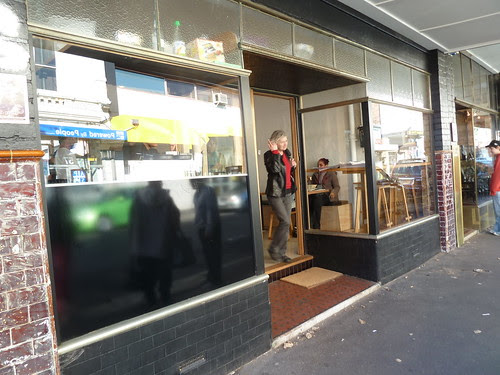 Wee Jeanie have just opened so they will undoubtedly take a while to find their groove.  I don't know why they are doing identical dishes as those at Cornershop.  Would it not be better to mix things up so that they are two unique places rather than just Cornershop Lite?  Nevertheless, Wee Jeanie seems a good option for locals unable to find a seat at Cornershop bound for Planet Brunch.