Some eateries are superheroes - when evening falls, they step into a metaphorical phone box and transform themselves from standard sandwich bars or cafes into Nepalese or Thai restaurants and the like. This double identity can be challenging, though.  Often customers aren't aware of the establishment's flipside and so it suffers from lack of patronage.  Other times, maybe they over-reach. 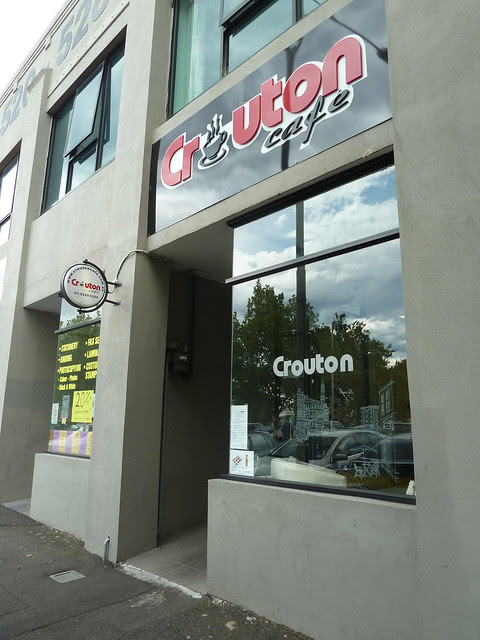 Still, there's such a thrill on browsing a menu you think you've got figured out before you read the second line and some exotic dish jumps out and ambushes you.  Crouton Cafe is a small, workday cafe that offers a Mauritian menu at Saturday lunch only. 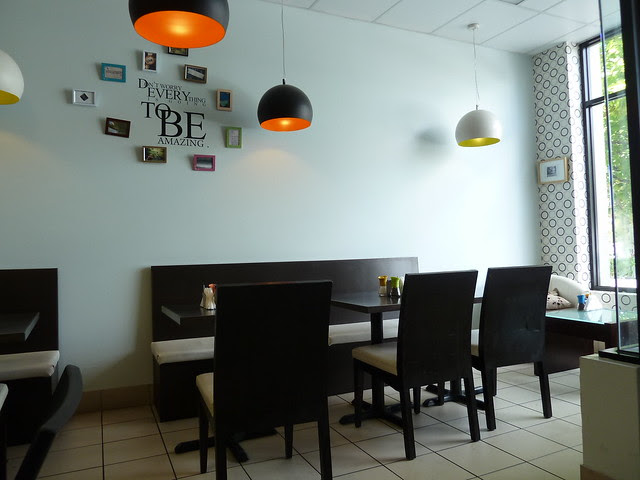 Mauritius is a small island nation to the east of Madagascar, off the southeast-African coast.  It was apparently uninhabited until the early 1500s (apart from dodo birds!) and waves of Portuguese, French, African, Indian and Chinese settlement have produced a truly multicultural, creole cuisine. 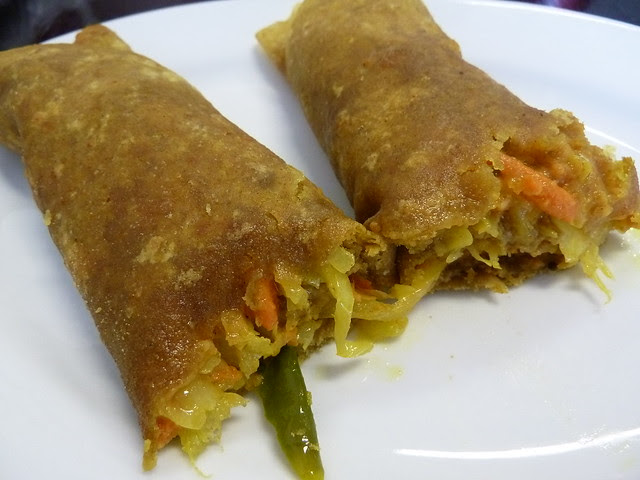 The British ruled Mauritius from 1810 to 1968.  Slavery was abolished in the early 1800s and, as occurred in Malaysia, Britain imported indentured labourers from India to work the sugar fields.  This dish takes up the Indian thread in Mauritian creole cuisine, featuring a chewy flat bread similar to roti filled with turmeric-scented stewed vegies.  This was tasty but the vegie curry was very oily - the oiliness could indeed be authentic, though.  See more about Mauritian street food here. 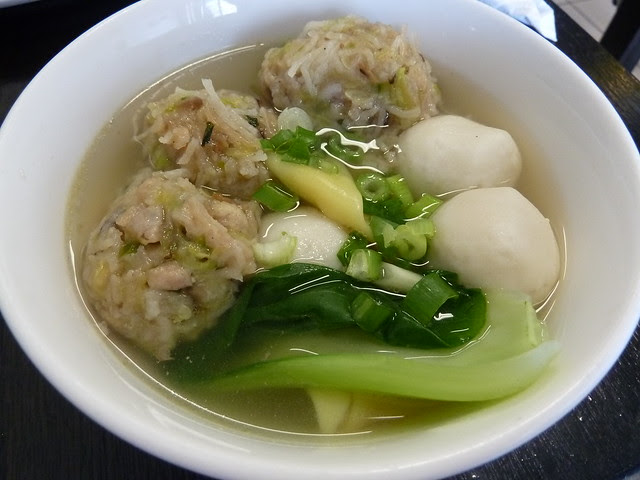 Crouton Cafe offer a choice of "bol" (short for boulette, I believe) which are various ball-shaped goodies in soup, such as fish balls, bol chou chou (choko balls), and wontons.  We got to try all three in this mixed dish.  The fish balls tasted like standard fish balls you would get at a Malaysian restaurant - bouncy and fresh.  The wontons were quite dense and the pastry a bit overdone.  The bol chou chou were pretty good, balls of rice, a little mushroom and green choko.  I'm pretty sure the stock was powdered - it was really just a vehicle to suspend the bols in. 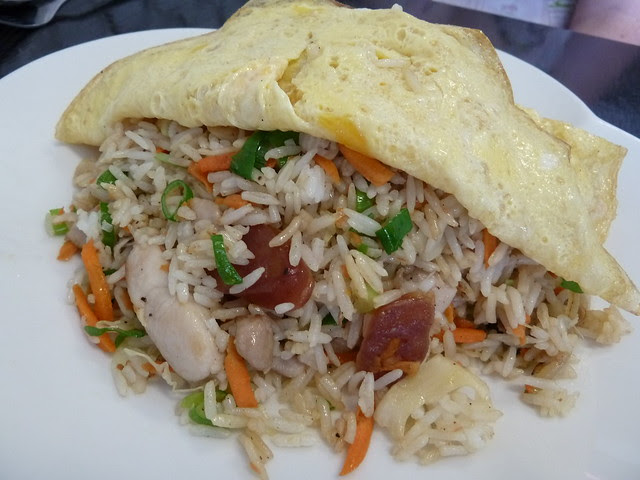 This was recommended but after the rice in the bol chou chou, I wished we had tried the haleem or lamb curry for something different.  It came covered with the omelette like a little blanket, perhaps harking back to this Mauritian dish, bol renverse ("upside-down bowl").  The rice was quite nice with chicken, Chinese sausage and carrot with light soy flavour but unless it's Vietnamese fried rice with salted fish, I'm probably a pretty hard customer in terms of fried rice.

I'm not sure what to make of our meal.  It was fun to try something different and the staff are lovely, but I think I might have gone for the wrong combination of dishes.  Compared to when I first spied this place, I am pretty sure the Mauritian menu has been pared back - maybe they don't get enough customers because of their everyday-cafe outward appearance.  Still, if you're passing by, the prices are low enough to take a punt. 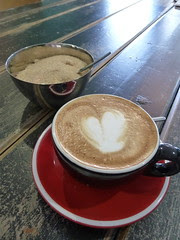 Also just opened at 20 Wembley Avenue, Yarraville, is Cup and Bean, a coffee-centric cafe and greengrocer combo serving Cartel Coffee out of Geelong.  Sadly I didn't love my latte but I am of genus fussus pottus when it comes to coffee, so do try it out for yourself.  The owner is very passionate and a sandwich, freshly made from produce straight from the fridge and on house-baked bread, was fab.  See more at Consider the Sauce.

Posted by Lauren aka Ms Baklover at 11:01 AM