Somalia has a long and rich history.  It straddles both sides of the Horn of Africa which juts out into the sea, forming a harbour of sorts with the lower part of the Arabian Peninsula.  Over time its cuisine has been influenced by its Yemeni neighbours across the narrow sea, its spice trade with India and its period under Italian colonial rule.

Pull up a chair and you'll soon be presented with this fabulous broth for starters.  It's zingy with citrus tang, rich and meaty without being at all overpowering and incredibly good.  The delicious chilli sauce is for stirring in if you're game.

For drinks there's non-alcoholic beer above or this delicious cordial-like drink, Vimto, almost like Ribena but with strawberry and rose flavours.

This tip comes with big thanks to Kenny of Consider the Sauce who has been lucky enough to meet Safari owner Mohamed properly.  He is so friendly and, when confronted by my dad's daggiest dad jokes and my subsequent cringing apologies, he smiled and said, "I love jokes.  If everybody laughed, the world would be a happy place".  We asked him to design a Somali feast for us.

This is Safari's most popular dish - scented rice, each grain glistening and separate, served with fabulous, lemon-scented lamb pieces.  The lamb pulled from the bone perfectly as if slow cooked, but still had a tasty pan-fried crisp exterior.

Here you can see the Indian influence with Somalai "jabati" (ie, chapati).  The suqaar was tender lamb pieces and lightly cooked vegies in a divine, lightly spiced gravy.  The bread was good but quite dense, as if it needed faster cooking on a higher heat to make it puff up more.

One half of our Fadareshin (from "federation"?) - more lovely seasoned rice plus "spegheti", spaghetti cooked just past al dente (but not unpleasantly so) with an intriguing sauce of tomato and cumin.  Surprisingly delicious!

Excellent chicken to go with our rice and noodles, juicy, tender and teasing effortlessly from the bone.  Loving the gently-cooked onion, carrot and green capsicum on both plates too.

What an awesome intro to Somali food!  From one culinary melting pot to another, Safari is a winning addition to the edible Melbourne map.

Thank you so much Kenny & Bennie for the awesome tip - check out their visits here and here.

Eating your greens isn't so hard when they're tucked next to a tamale at Los Latinos!  The deadline for ticket sales is fast approaching, so whether you're lean, keen or big and bountiful get in quick (book here).  Coming very soon too is a VERY EXCITING development for Footscray Food Blog - think reader dinners with "secret", authentic, home-style menus.  Stay tuned! 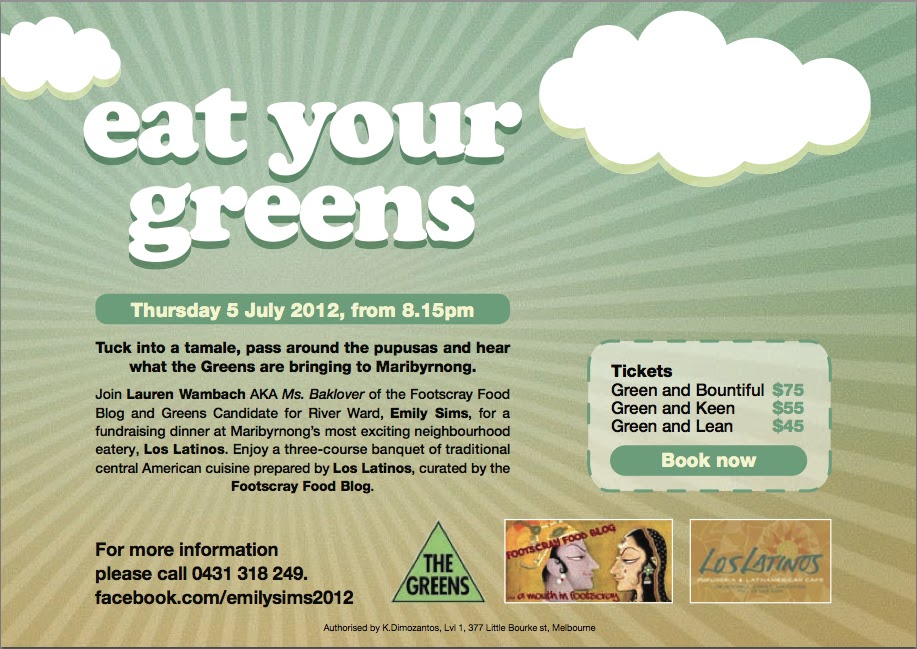 Posted by Lauren aka Ms Baklover at 8:54 AM