"I'm going out for western Chinese tonight", I said.  "What", scoffed my friend M, sorting through his heirloom cabbage seeds.  "Sweet n' sour and black bean beef?"  "No", said I.  "Food from western China!" 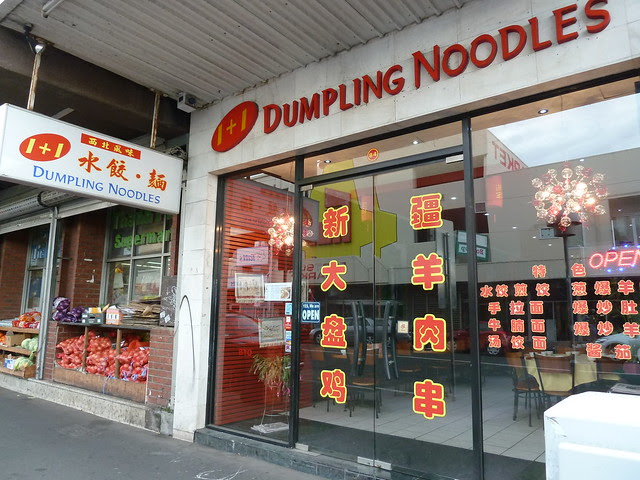 That little exchange was actually over the new branch of Dolan Uyghur in the city (and M wasn't really sorting through his heirloom cabbage seeds, but I like to give him shit).  But it's not Dolan Uyghur I want to introduce you to - it's the new and improved 1+1.

First, a bit of back story.  China is about as big as the continental US, and while many tend to think of Chinese food as some kind of monolith comprising nothing but stir-fry, dumplings and rice, the country is rippled with regional variations.  In the northeast, there are hearty soups full of sauerkraut-like cabbage; in central Sichuan, they hubble and bubble with mouth-numbing Sichuan peppercorns and delicate white fish. 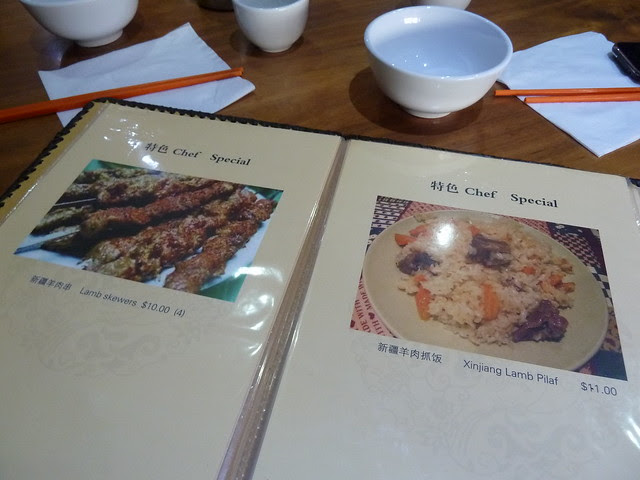 But the Xinjiang region at China's northwestern fringe is another kettle of fish altogether.  Here, the people are Muslim, speak a Turkic language that's written in Arabic script, and it's lamb that's the star of the show.  Check out the skewers and the pilaf above - they look more Middle Eastern than Chinese!  The Xinjiang area is arguably more connected culturally to its neighbouring central Asian republics like Turkestan and Uzbekistan than to Beijing. 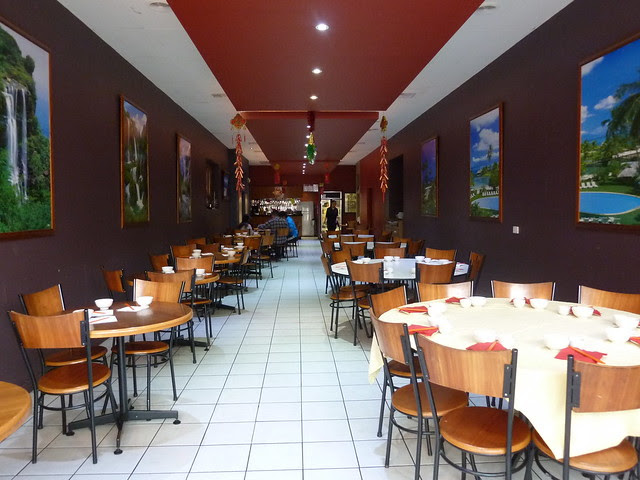 1+1's been serving up Xinjiang (also known as Uyghur, although the terms aren't totally interchangeable) fare in Footscray for years, but recently acquired new owners.  They inserted "Mandarin" in the title and have done some zhooshing up. 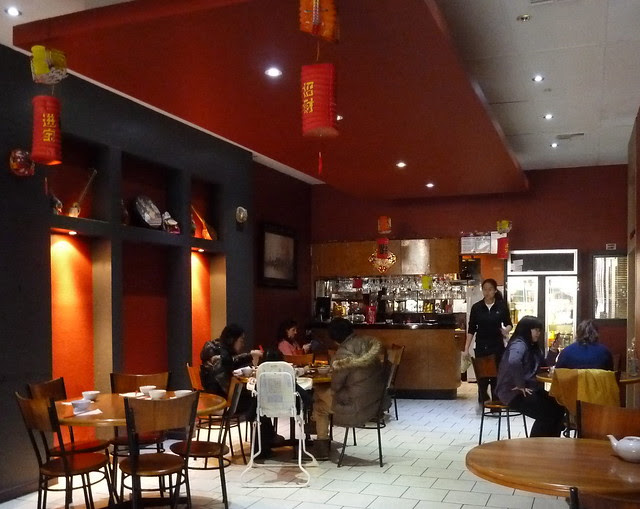 We'd no sooner plonked down and started browsing when a helpful waitress appeared.  "Would you like some suggestions?"  Yes, please, we said, and she set about giving us a crash course in western Chinese food.  Highly recommended are the cold salads, handmade noodles and dumplings, and everything lamb. 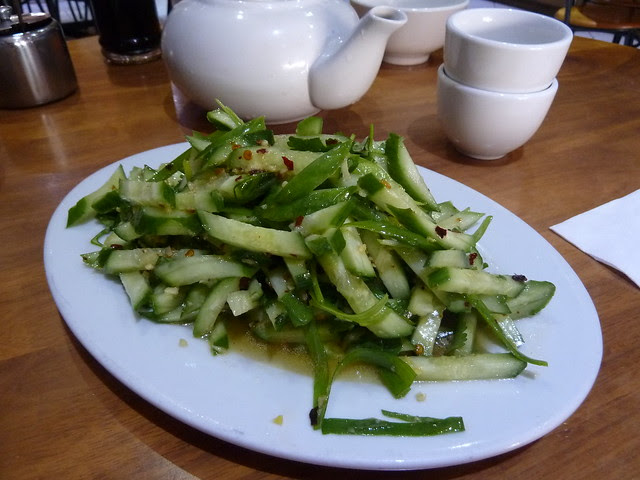 You can't miss this cucumber salad.  It was a standout at the old 1+1 and it's still excellent, with crunchy cucumber batons in a zingy, vinegar-based dressing that tingled with just a little chilli. 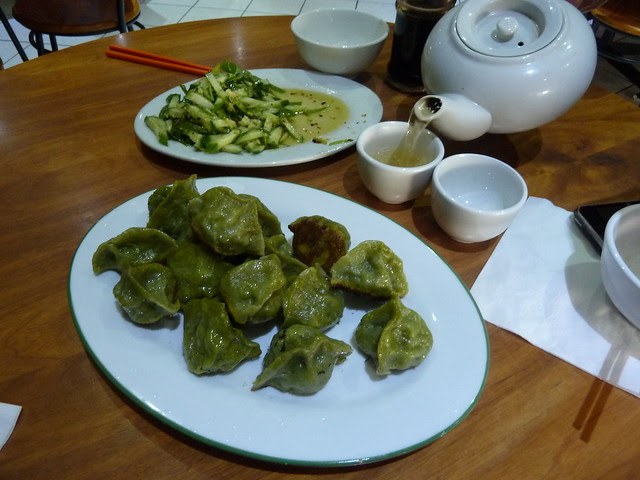 I'd spoken to the owner of 1+1 when researching the Footscray Food Secrets project, and she singled out her vegie dumplings as a signature dish.  The skins are made in-house, with their vibrant green colour coming from cooked spinach that's then squeezed to obtain the juice.  These were as beautiful inside as out, with a filling of shredded emerald spinach spiked with ginger and garlic.  Dunk 'em in black vinegar - just help yourself from the condiment and cutlery shelf. 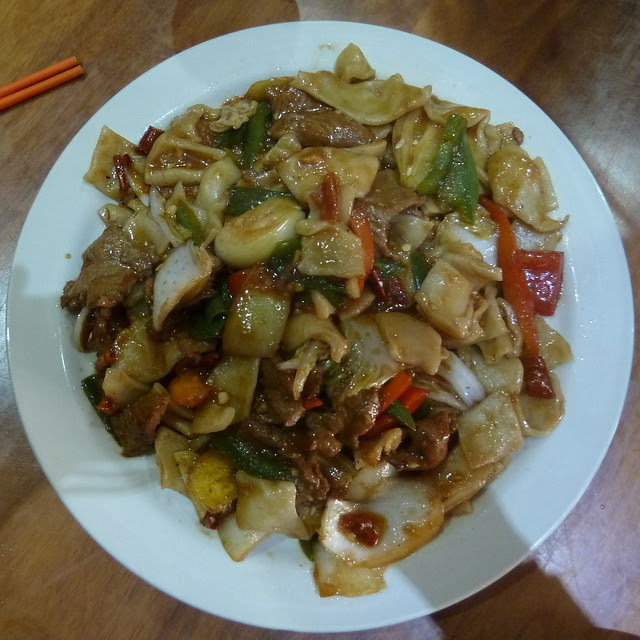 We had fun choosing which noodles to try.  Each variety had such mellifluous names ("tufun", "dindin", "uyghun") and each had a different shape, from large squares to long skinny tubes.  This noodle stir-fry of tasty, tender lamb, veg, and al dente noodle squares might not be that much of a looker, but it tasted fantastic. 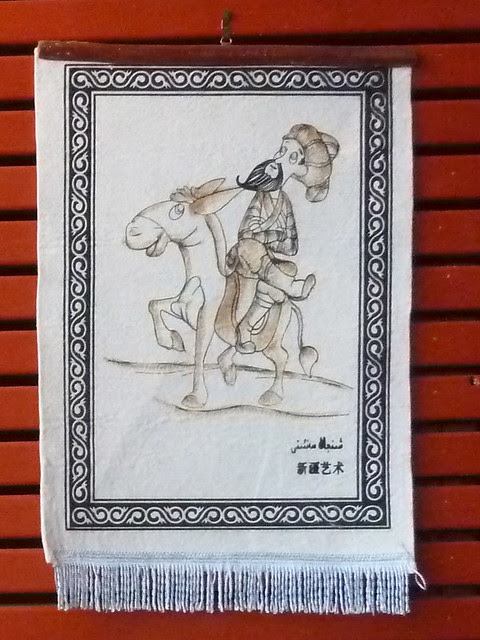 The walls at 1+1 are dotted with interesting ephemera from the region, from musical instruments that look like Greek bouzoukis to this piccie which, to me, really speaks to the Silk Road which runs through Xinjiang.  If you go to Dolan in the city, it's kind of a head trip to see Chinese characters on the menu and huge Turkish carpets on the walls!

Much as I admit I'm partial to the very occasional sneaky sweet n' sour pork, this is the western Chinese food I like best.  Highly recommended.

Posted by Lauren aka Ms Baklover at 2:00 AM