* involving or limited to basic principles.

* relating to an immature, undeveloped, or basic form. 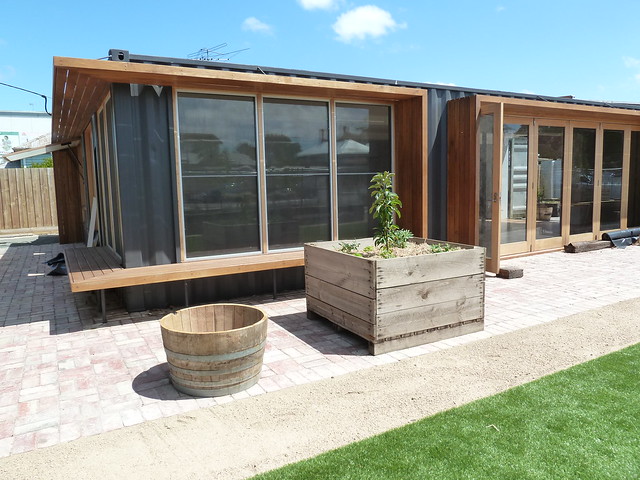 Well, if this is what creator Des thinks "basic" or "immature" is, I think we probably all have a lot of catching up to do in the ambition stakes! 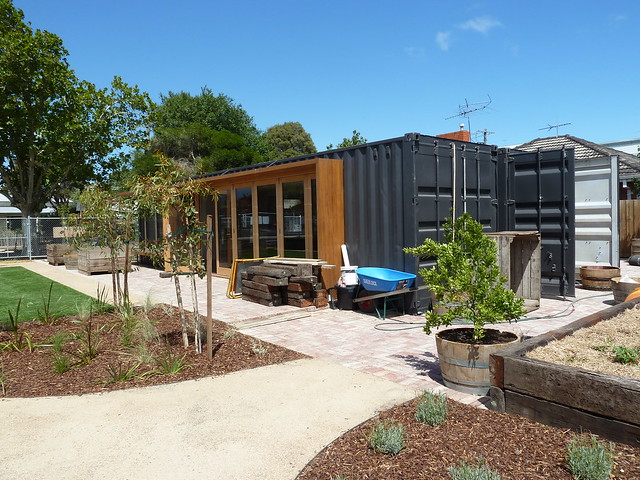 Footscray - meet the very modestly titled Rudimentary.  This is a new cafe, set in a gorgeous, rather huge native and kitchen garden, at the corner of Leeds and Donald Streets in downtown Footscray.  It's not open yet but it is not far off. 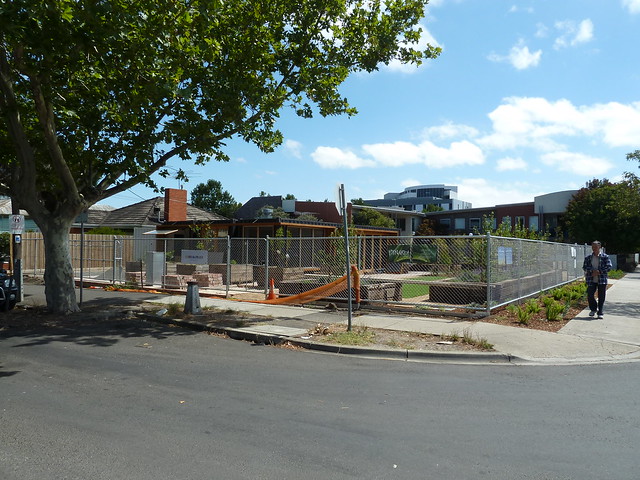 The story behind Rudimentary goes like this:  The block is owned by Des' father and has been a derelict car park for about 15 years.  Rather than develop or sell it, Des' father asked his son if he'd "like to do something with it" - and this is the result. 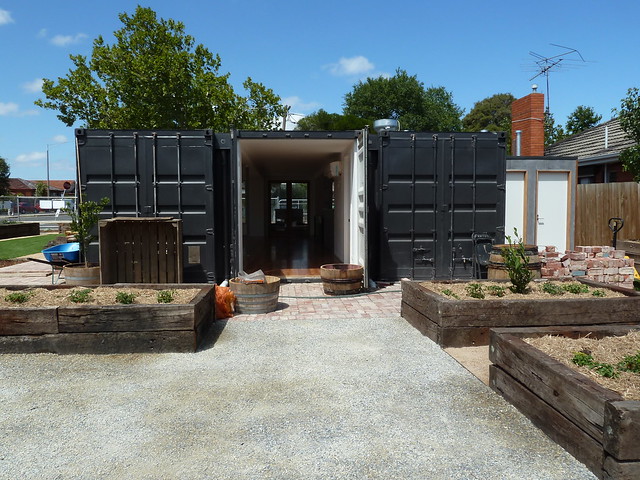 Des studied architecture and is passionate about reusing old materials.  The actual structure of the cafe is made of four decommissioned shipping containers welded together.  It would be tricky, he says, but it could technically be picked up and moved elsewhere, rather than having to be demolished.  "The actual structure could be anything," says Des.  "One day, maybe my house!" 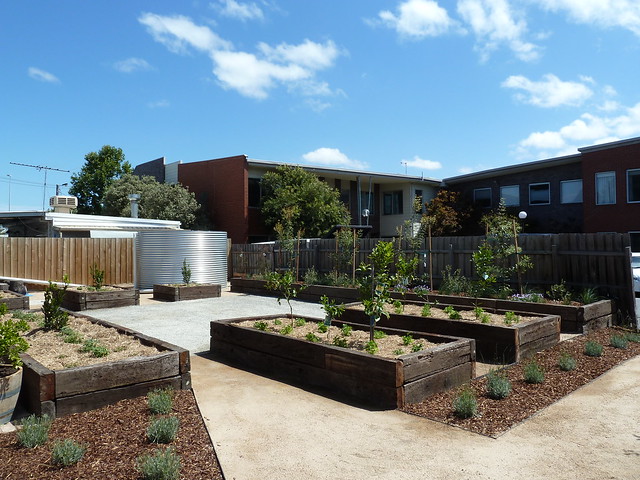 This malleability is where the "rudimentary" tag originates.  Des wanted to keep it basic, to keep it simple.  This also translates into a commitment to environmentally aware design and features.  A box gutter on top of the containers collects water and siphons it into a huge on-site tank, and Des has calculated there will be only 50 days per year they will need to rely on mains water.  There is passive cooling and heating design incorporated into the building, plus worm farms and composting systems on site.

Des preferred I didn't take a pic of the interior as it's still a bit of a bomb site, but I can tell you you would have no idea you are in a series of shipping containers.  It's bright, light and airy with polished floors and an open kitchen, and there's going to be a big communal table. 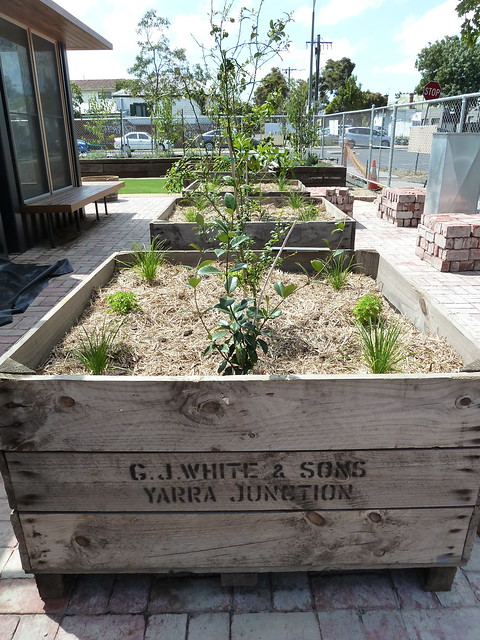 The garden has been designed by local landscaper Sally Browne and incorporates hardy natives and kitchen garden staples like chillis, chives, bay leaves and Vietnamese mint.  There are apple, pear and lemon trees too.  Just here near the walk-up takeaway window will be a big row of bike racks.

Des has recruited a chef but is tight-lipped about who he is (it is a male).  What he could tell me was Rudimentary will serve breakfast and lunch, focusing on "good quality fresh produce and seasonal food".  The coffee is going to be by Small Batch and will be delivered to your adrenal glands via a La Marzocco PB. 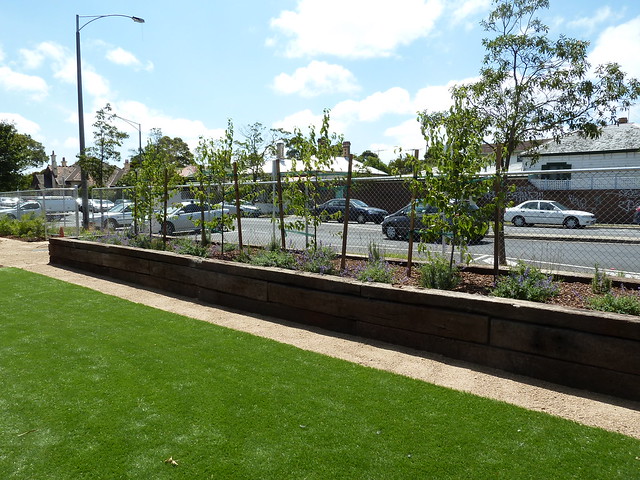 And who is this mysterious Des?  He wouldn't let me take a picture, but he is a capable and confident young man who is working on this project with his two partners, Lieu (also his partner in the other sense) and Michael.  His family own a seafood wholesale business and at one time owned the fish shop inside the old Bi-Lo at Little Saigon.  He tells me that while he has never lived here, he essentially grew up in Footscray due to his parents' local business.

Given the interesting comments made on my Fox in the Corn post debating the changes in the area, I asked Des what he thought.  "Footscray is interesting because it just goes on doing what it does without giving a crap," he said.  Nailed it.

Rudimentary is scheduled to open on February 23.  Stay up to date with all the developments on their Facebook page.

Posted by Lauren aka Ms Baklover at 11:40 AM