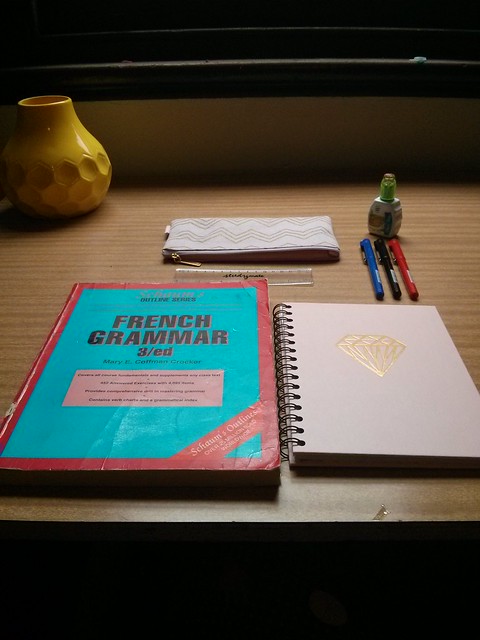 Remember this photo from a few weeks ago?

So it turns out, going front-to-back in Schaum's French Grammar is the worst possible way to revise (or learn) a language.  This book is drier than a box of stale Saos.

Rather than give up, I have been doing a lot of reading about the best way to learn languages.  Kató Lomb was a Hungarian female polyglot (speaker of 4+ languages).  At her death in 2003, she spoke 16 languages, most of which she learned in her 30s and 40s.  She was completely monolingual (Hungarian) until about the age of 24.  She insists there is no special "innate ability" or "gene" for languages, and that what makes one good at languages is your degree of passion and amount of available time, combined with your level of inhibition (ie, low inhibition - prepared to make a lot of mistakes/sound silly = good).

One of her tips is to create for yourself a "linguistic microclimate".  If you sit down with a tutor once a week and think "that's that", you will learn excruciatingly slowly.  Instead, think of what you do in English and do it in your target language.  So now I watch French music videos while I cook.  On long drives, I listen to French audiobooks, not English.  I write my shopping lists in French.   I changed my phone language settings so it's all in French.

I am constantly scanning my day for more ways to include French, to create my own personal "linguistic microclimate".  Basically, the best thing that could happen to me right now is if a small French bar opened in the neighbourhood. 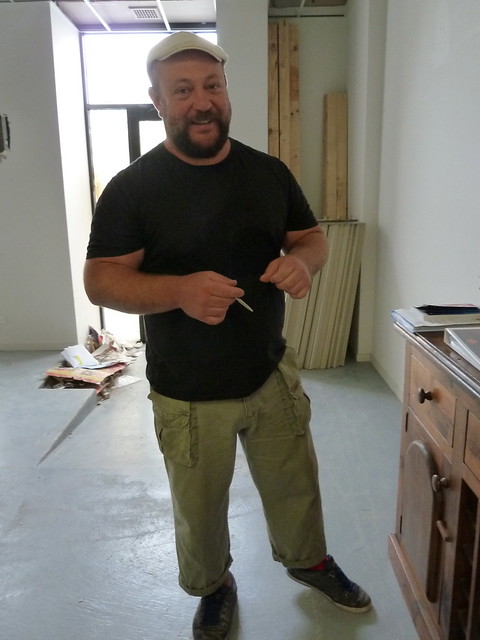 Footscray, meet Stefan Armentano.  He is a French chef who has taken up a lease of one of the little shops in the old Royal Hotel redevelopment and is in the process of turning it into a bar/deli, modelled on the French "bars du quartier" or "community bars" - the little place on the corner where you can drop in for a glass of wine and maybe a bit of interesting cheese and ham, freshly carved.

Menu-wise, you'll be able to have something from inside the cabinet, or "little French rural things" - Stefan's thinking beef tartare or duck confit.  Or a nice French sandwich where Stefan tells me butter isn't merely a spread, but is so thick and of such quality, it's considered a filling! 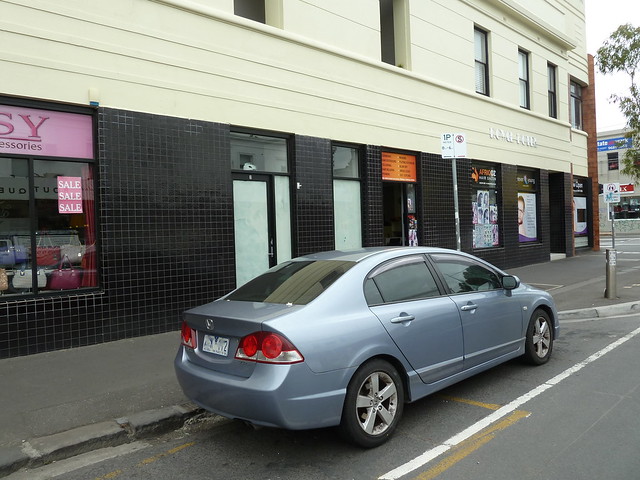 (It's the place with the whitewashed windows!)

Stefan plans for maybe two or three beers on tap, a good selection of wine and "a couple of good French calvados" (apple brandy).  His previous business was a tapas restaurant in Perth called Gypsy Tapas House.  Regarding Small French Bar, Stefan is very humble, saying that he wants it to be a place for "a good old cheese and a good old red", and only wants it to seat about 20 people.

Stefan and Small French Bar are currently chugging through the maze of building permits and licences.  The aim is to open sometime this year.  You can keep up to date on his Facebook page.  All I can say is - "Vite!  Vite!"  (Hurry!  Hurry!)

If you are learning a language and can point me in the direction of more good resources, whether online, offline, traditional or non-traditional, I'd love to hear from you!  For example, I recently discovered italki and am blown away; can't wait to get started!  I'm sure there are more good sites or blogs out there that I just don't know about yet.  Or if you speak/are learning French or Arabic, I would deeply appreciate some good music, good podcast or good online radio station tips.  Send me an email :)  Also, if you are interested in or work in languages or linguistics, I would also love to chat with you, whether just generally or to pick your brain about particularly well-regarded courses or directions within the industry.  Email addy to the right.  Massive TIA!

A bit of French music for you - I love this song, the lyrics and the video:


And I have been enjoying Sexion d'Assaut - really like this song, but the video is a bit random - I think they got sponsored by Smart cars!

If you are interested in Kato Lomb's book "Polyglot: How I Learn Languages", you can read it for free here or buy from Lulu.

Posted by Lauren aka Ms Baklover at 1:55 PM