When we are back in the States, many people ask us to describe "Australian food".  I never really know quite what to say.  The fact is, my parents are self-imposed castaways from mainstream Australian food.  They shrugged off the white sauce and Sunday roasts of their childhood, and raised us on a hodge-podge of interesting things they had gleaned from various cultures - pretty progressive in the 1980s.

I remember in Home Economics at school, in the lesson on carbohydrates, my horrible, smug teacher neatly explaining, "You see, we all eat potatoes with our meal. Katsy [the lone Asian], well, she eats rice."  A small hand rose, quavering from the back, and Ms Baklover interjected - quite truthfully, "We never eat potatoes.  We eat rice with every meal."  I was on her blacklist ever since - more so when I later stole her thunder by knowing what dal was.

Sunday often meant yum cha, and char siu bao and siu mai are the foods of my childhood, right alongside tinned tomato soup.  Mum did cook spaghetti bolognese, but also stuffed peppers, the aforementioned dal, and proper chicken stir fry with a light sauce thickened with a little cornflour.  This wonderful, eclectic diet made for adventurous, irrepressibly "foodie" children, but it did set us adrift from a discrete food tradition.  In my family, there is no dish "made as Grandma did".  Christmas always ends with plum pudding, but what comes before drifts with the years. 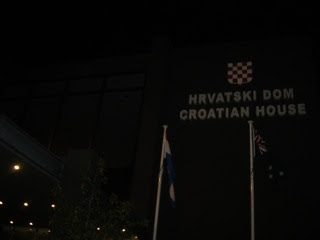 Unlike my food traditions, Katarina Zrinski Restaurant at the Croatian Club is certainly not adrift.  One could be forgiven for thinking it is a depot for the fire brigade, with its steely grey bulk overlooking the road into Footscray.  It wears its red and white chequered crest proudly, as if it were a medal on a soldier's chest, swollen with national pride. 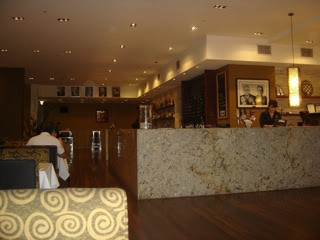 Inside, national heroes gaze into the middle distance above men playing cards and (I daydream) telling bawdy jokes.  The tables are lovely, with crisp linen and I dare say the most comfortable chairs this side of Zagreb. 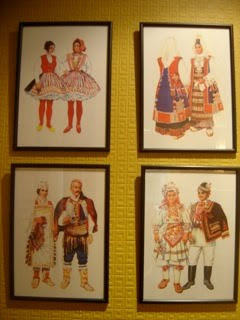 Mr Baklover shares none of my sense of cultural displacement, firmly rooted as he is in the German-Irish traditions of Chicago.  Since living with me, he has learned to love tofu and bean sprouts, but I know he secretly dreams of bratwurst and liver sausage.  He was ready for a feast so we got started. 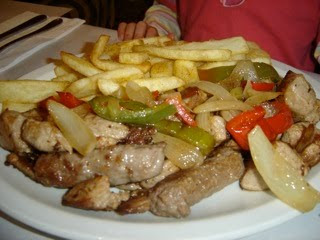 Mixed grill, $18.90
The mixed grill was fantastic, with tender, flavorsome raznjici (grilled pork pieces) and juicy cevapcici, mini skinless sausages of beef and pork.  It came with fabulous sautéed capsicum and onion.  Don't sneer at the chips!  They put a special spice mix on them that is just divine.  It rivals chicken salt in this heart of mine. 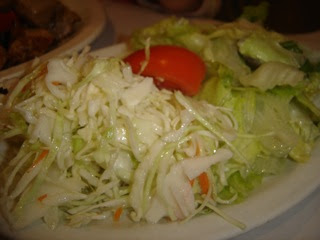 Salad (included in mixed grill)
This is how coleslaw should be - ultra-thin and crispy cabbage with a piquant vinegar dressing.  We never got around to eating the iceberg lettuce, however.  You will see why! 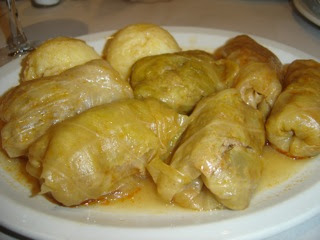 Sarma are parcels of beef/pork mince and rice, rolled in pickled cabbage leaves.  We have had these before and enjoyed them, but the mince in this day's version was somewhat grainy and unappealing. 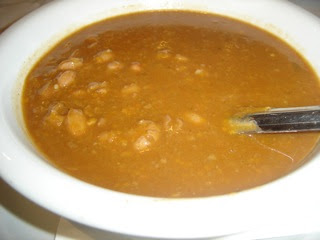 The day's special was Grah, "bean stew served with smoked meats and pickles".  Now, do not judge the bowl by the perceived size of the spoon, or rather, consider that the spoon is in fact a ladle.  It was a veritable tureen of Grah.  Plus it came with this: 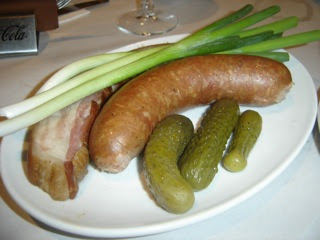 The Grah was a very thick bean stew with a lovely warm, soothing texture.  It was so filling, though.  After a few bites, I was starting to say not Grah but "grruhhhhh...".  Like an over-poached kransky, I was about to burst.  I am no slouch when it comes to appetite, but this kind of food is way too heavy to overeat, at least for me.  Luckily, Mr B rolled up his shirtsleeves and, with his Teutonic appetite, made sure we didn't embarrass ourselves too much by leaving too much food.  At least, that was his excuse as he cleared every plate.
Croatian food is known as "the food of the regions", and next time I'll be sure to pick something from her Mediterranean coastline, to complement the heavier fare.  I've had their Lignje before, which is delicious, tender squid, which has been marinated in garlic and parsley before being quickly grilled.
Food, like sport, transcends cultural barriers.  You may not speak the same language, but you can kick a ball between you, and you can connect through wonderful food too.  The Croatian Club serves proper food from the "old country" - it might not be my "old country", but it feels like home just the same.  The chairs encourage slouching, time passes slowly, and the food begs to be dribbled down your chin.  Plus, if you've ever found yourself trying to entertain hungry children with nothing more than some napkins, a menu, and a toothpick dispenser, you will appreciate this: 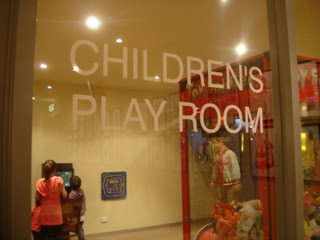 Posted by Lauren aka Ms Baklover at 7:26 AM