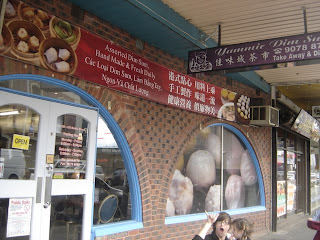 Yummie have a retail shop in Leeds St, which sells house-made fresh and frozen yum cha items, as well as a small selection of hot, takeaway dim sum.  They recently opened at the old site of Rajdhani, a short-lived Indian restaurant, which was in turn previously occupied by a Polish deli.  Anthony, a reader, kindly wrote in recommending their dim sum, and as it had been on my to-eat list for a while, we headed there for lunch. 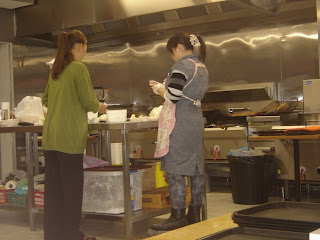 The raised, open-plan kitchen means that if you nab a table at the side of the restaurant, you can watch the ladies stuffing and folding dumplings, ready to be served to you within a few minutes. 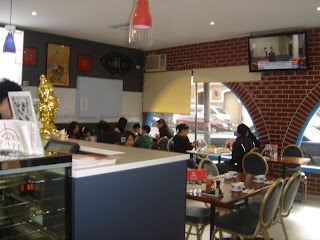 It's a strange mix of a la carte and a la cart, you could say.  Despite the menu on the wall, staff do come round with trolleys and trays for you to choose plates off, like in a typical yum cha restaurant. 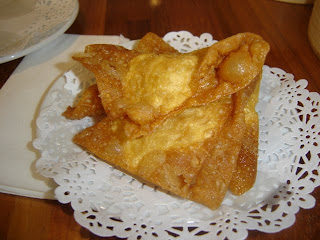 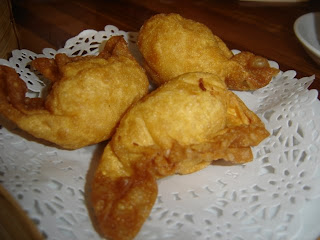 Deep fried prawn roll, $4.80
These were out of the warmer, which was a pity as they were not as good as they would have been if freshly made.  They came with hot-pink sweet sauce. 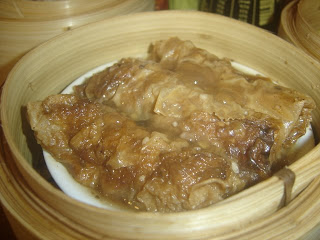 Bean curd skin pork roll, $3.80
I've only had this once before, at Gold Leaf Docklands, where I was unimpressed, but Yummie's version was very nice, with soft wrapping and pleasantly gloopy sauce. 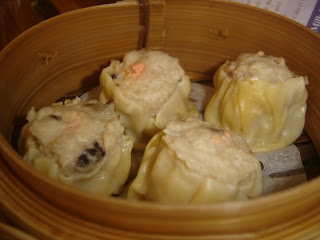 Siu mai (pork), $4.80
These are the classic yum cha dumpling, in my opinion.  Yummie's were perfectly acceptable, nothing amazing.  Perhaps a little too salty. 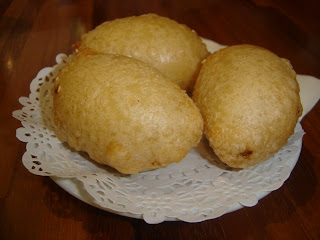 These crispy, ovoid bundles of love are my favourite - filled with savoury pork mince and mushroom.  The retail shop in Leeds St sells larger ones for $1.50, and they are a great lunch along with a $2.40 salad roll from Nhu Lan. 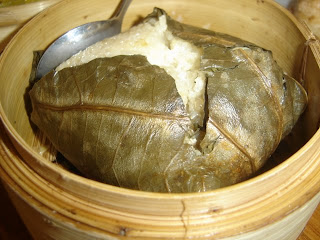 Sticky rice ("Stir fry glutinous rice"), $5.80
This was really quite nice, filled with egg, sausage, and mushroom, and it was evident that it had been freshly made. 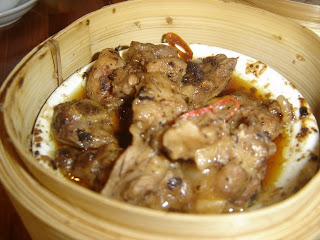 Spare rib with black bean sauce, $3.80
Yummie lived up to its name with this one - such tender, yummy pork!  Mm-mmh. 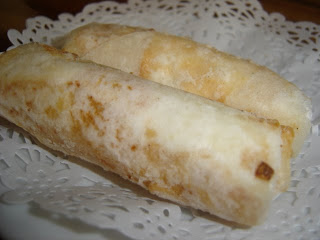 Rice paper prawn, $4.80
I did not like these - they had an odd batter around them, and a funny, chunky prawn filling with a big spear of chive or spring onion.  They came with a quivering dollop of mayo. 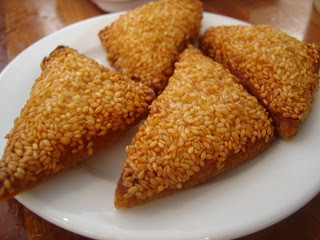 King prawn on toast, $4.80
These deep-fried bread triangles smooshed with prawn and sesame keep my twelve-month-old quiet for an entire yum cha session.  Please do not report me to DoCS!  These were not that good, though.  The prawn didn't have much flavour and they tasted a bit overbrowned. 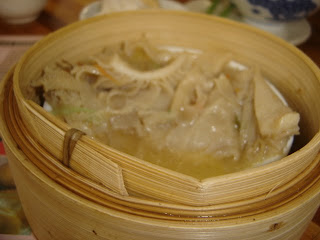 Ginger tripe, $4.80
My dad and his partner reported that this was not good.  My opinion?  Oh, it was way around the other side of the table, and I couldn't reach it to try!  Dang!! 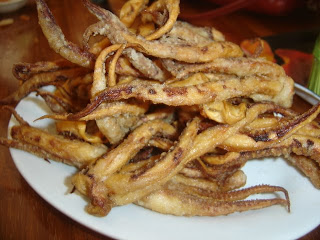 Deep fried calamari, $6.80
They use a funny batter here - I wonder if it is just rice flour?  At any rate, this was quite good, tasty and the right balance between tender and chewy. 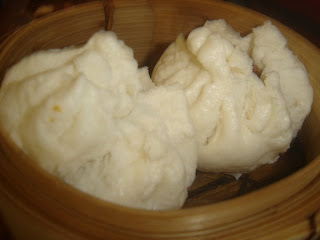 B.B.Q. pork bun, $3.80
These were not that good.  Although the filling was obviously home-made and made with care, it was too fine, and the dominant flavour was sweetness, instead of being balanced with the necessary meaty pork flavour and five-spice high notes. 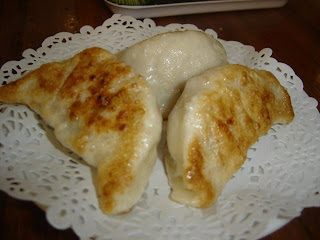 Pan-fried pork dumpling, $3.80
I believe these are called jiao zi, and are the original Chinese precursor to Japanese gyoza.  Yummie's were really good. 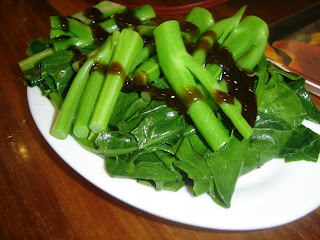 Chinese broccoli with oyster sauce, $6.80
After stuffing ourselves, everyone remembered we had had no vegetables, so this was our dessert, and very good it was, too.
The verdict?  I think they should decide if they want to be a la carte or not.  It's confusing to order dumplings then have the trolley come out, and you are not sure if those are your order or not.  I think it's too small to do trolley service properly.  I would have thought the dumplings would have been better as they are made on-site and in-house; I still prefer Gold Leaf Sunshine.  Nevertheless, like Master Restaurant, this is another reliable local option for decent yum cha.

Posted by Lauren aka Ms Baklover at 8:01 AM