I'm a good suburban housewife.  Every week, I trek down to Central West Plaza in my trackies and fulfill my household duties by filling a trolley at Aldi.  Each week, though, a gnawing feeling grows, til I give in to the call... to a swish penthouse, right on the waterfront, where my American lover awaits! 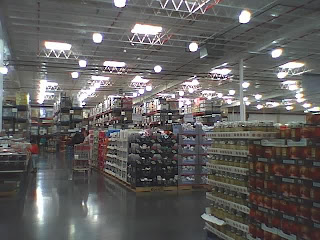 OK - more like squats.  And he's kind of more on the dirty canal, under the freeway.  Yes, it's Costco!  The American big-box behemoth landed in Melbourne last August.  As a certified grocery-geek, I was insanely excited, as I was sure Costco would undercut Aldi's already crazily low prices.  Costco advertise that they stick to a predetermined, very narrow profit margin, and make most of their money off their $60 p/a membership fee. 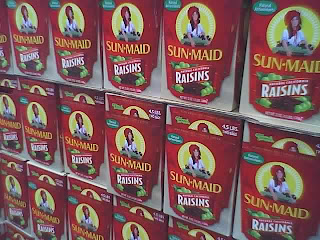 Unfortunately, the savings weren't as wild as I had first imagined.  Costco carries mainly premium brands, which even at a reduced price, aren't always cheaper than Aldi.  Their range is also strangely limited for such an enormous store - usually just one or two choices per category.

However, I make back my money and then some just in washing powder - $180 per year at Costco versus $300 at Coles for OMO Front Loader.  (Yes, I know it's not "green" - but when you need to get vomit, poo and bolognese sauce off a jumpsuit, applied not necessarily in that order, it is the only thing that works.  Trust me, I have tried everything else!)  I've gotten over my initial disappointment that Costco was not the second coming, and started to appreciate that in some categories, there are bargains to be had. 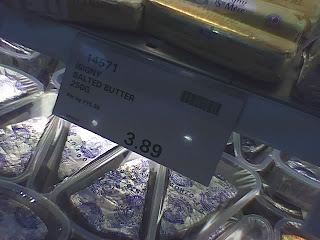 Crunch those numbers people!  I regularly see people wandering about Costco saying to one another, "$24.99...  Is that cheap?  What do you think?"  You gots to have a price list!  Or if you are like me - a price comparison spreadsheet!  (Yes - tragic.  I know.)  As a result, I still do 80% of my shopping at Footscray Market and Aldi, with a few select items from Costco and Coles. 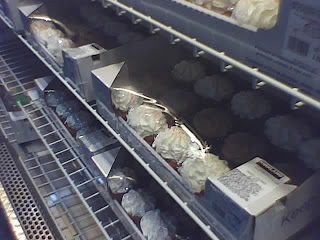 I should mention we are the only people we know who are members.  Costco seems to inspire everything from indifference to disgust.  I know they are big, but really, it's just like shopping at a Coles or Aldi distribution centre, I would imagine.  I do think some things are just silly - 15-pack of grossly over-iced cupcakes, anyone?  Pizza too big to fit in your oven?  Some varieties of fruit and veg are largely unusable for retail customers, as they are prepackaged in enormous portions.  Still, a kilo of strawberries for $8 is very quickly demolished in our house. 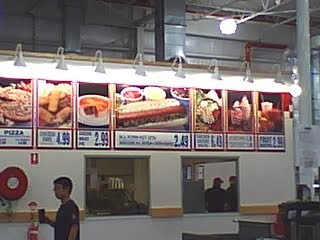 Look, ma, funny American food!  At least they are offering a "meat pie" for the natives.  Blech!

Other fun times at Costco include spotting Cake Wrecks: 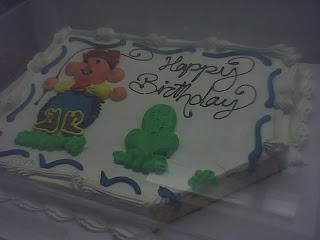 Nothing says happy birthday like a cowboy and a frog with no face. 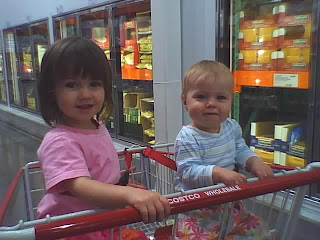 And, fellow parents, HOW SWEET IT IS to strap BOTH your little darlings into the shopping trolley!!!  Browse in peace with no one running around, grabbing things off shelves, chucking tanties and "hiding" in inappropriate places.

Oh yes... I forgot.  I actually have three children. 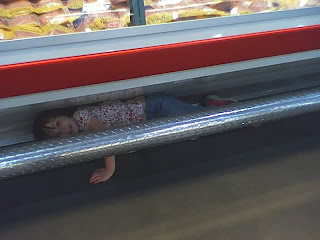 Posted by Lauren aka Ms Baklover at 8:41 AM