"When I have kids," mused my sister, absentmindedly smoothing her vintage skirt, "I will make them Japanese rice balls every day for their school lunch."  It took everything I could muster not to throw the can of baked beans I was peeling open at her.  Like most parents, before they were born, I had grand visions of what my children would eat.  Things started off well, but as time went on, the grand vision seemed little more than a mirage.

Despite the fact that she had been weaned on dal and hummus, at about age 3, my eldest daughter decided she hated noodles, dumplings, curry, and just about anything that wasn't old-school Aussie fare.  We persisted, and many congealed bowls of lentils later, she came around with a taste of Grandpa's special noodles (aka Chinese spaghetti bolognese).  Now she adores many multicultural dishes, with dumplings at the pinnacle of her own personal food pyramid.  When she and I go out together, we normally head somewhere that specialises in her favourite, but this day I was hankering over an old love of mine: pho bo tai. 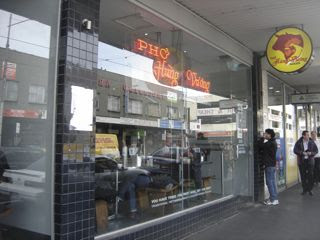 Hung Vuong was the first restaurant I ever went to in Footscray, and I still absolutely love it.  Evidently so does everyone else - it's not uncommon to actually have to leave as there is no room to sit at all, and that is on a weekday. 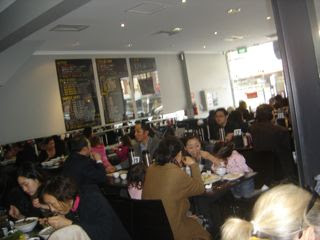 It specialises in pho, Vietnamese noodle soup that is built with fresh rice noodles and either a special beef or chicken stock.  This is topped with the meat of your choice, either just sliced or accompanied by various types of offal.  Also on offer is the classic pork chop on broken rice or various warm rice vermicelli salads. 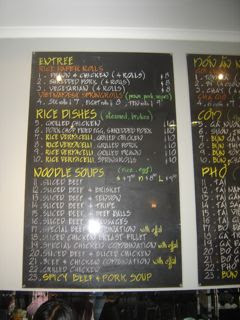 The pho bo tai or sliced beef pho here is unreal.  Slippery rice noodles of varying widths in a clear beef broth, topped with wafer-thin raw meat that cooks almost instantly in the hot stock.  The stock is so fresh, clean, and flavoursome.  It comes with a plate of bean sprouts, Thai basil, lemon, and chilli.  I pile mine with bean sprouts and a little basil, but this is one of the one things I never add chilli to - the broth is such a sweet and lilting melody, that it is a pity to drown it out with chilli. 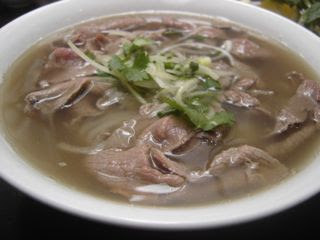 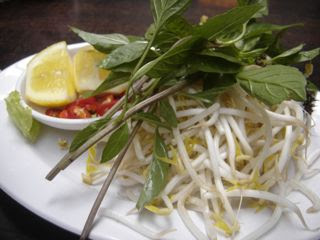 I'm not exaggerating when I say I find eating really great pho a meditative experience.  Bent over your bowl, the noise of the busy restaurant subsides.  The steam bathes your face as you watch the meat undergo transubstantiation from red to brown.  The depth of flavour in the broth makes you want to close your eyes and just do nothing but savour every mouthful.  You are both lost in and living in the moment. 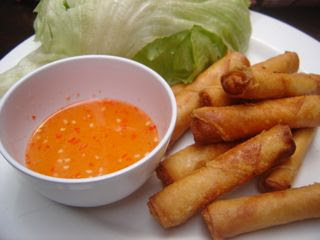 From the sublime to the... kid-friendly.  These prawn spring rolls were pretty good, but points off for no mints, stingy lettuce, and very sweet dipping sauce.  My daughter did used to eat pho - Hung Vuong even have a glass full of kiddie forks, teaspoons, and little craft scissors near the register, that you can request and use to chop up noodles and beef for your child.  (Incidentally, I think that explains who in god's name orders the large size pho - families with kids!)  Anyway, I ordered these as I thought they would be a substitute for dumplings. 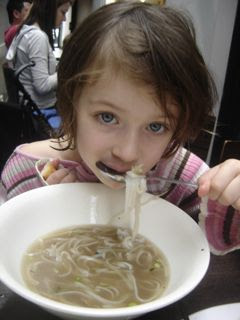 However, after one curious taste of a piece of beef then a slurp or two of the soup, I found myself stuck with a plate of spring rolls while my daughter polished off my bowl of pho.  Success!  Thanks, Hung Vuong and your sublime soup.  The vision of culinarily globetrotting tots is perhaps not a pipe dream, after all.