The suburbs of any city can seem like a culinary wasteland.  In Chicago this is particularly so with the prevalence of chains like Panera Bread, Potbelly Sandwich Works - there are literally hundreds.  I am not fond of chain restaurants.  Many came from one very successful, original business, but like the Roman empire, many seem to have expanded too far and lost the essence of what made them a success in the first place.  Melbournians can't take the high moral ground here, considering how Grill'd, Trampoline, and now even Brunetti's are popping up in different corners of our city.  But like any city, if you look beyond the hyper-real lights and colours of the food chains, you will find buried treasure here in Chicagoland. 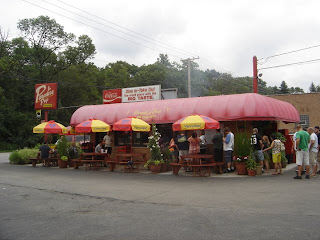 For example, just past the airport and sandwiched between two auto repair shops, is the Paradise Pup.  This burger shack was opened by two brothers 22 years ago and has been run by them ever since. I knew it was going to be good by the huge line snaking out into the parking lot. 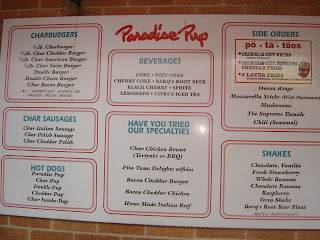 Despite their name, they are known for their burgers, not their dogs.  The favourite is the cheddar charburger, which comes with Merkts cheddar, a type of natural cheddar cheese that comes in a tub.  It's from Wisconsin, the state to the north of Illinois, which is so known for its cheese that its citizens are known (not particularly endearingly) as "cheeseheads." 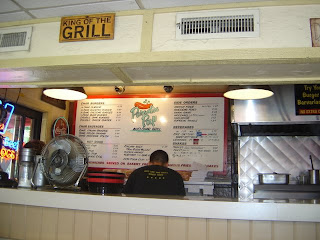 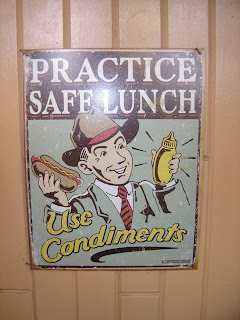 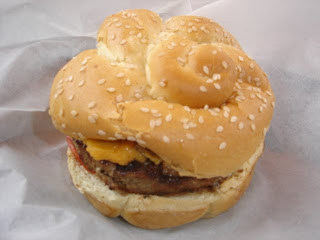 Holy cornfields, this was the greatest burger!  The patty (still red in the middle, which I know is hard for Australians to get their head around) was so tasty and juicy, and the meat juices mingled with ketchup and mayo to snake down our forearms as we ate.  It came with "everything" - pickle, onion (raw or grilled), fresh tomato, ketchup, and mayonnaise.  The cheese was very rich, salty, and full of flavour, the perfect foil to the tasty meat.  A burger is easy to do, but so hard to do right - this hit the nail on the head. 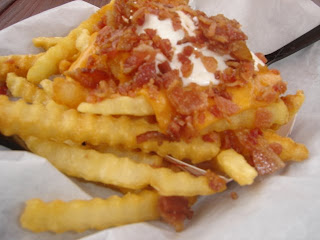 As if it wasn't enough of a heartstopper, next we gobbled up the Paradise Pup's three-layer fries.  Crinkle-cut fries topped with Merkt's cheddar, sour cream, and real bacon.  I normally avoid loaded fries as they are often covered in mediocre chilli (as in chilli con carne) and awful, fake, lurid yellow "cheese" sauce.  The Paradise Pup's are the real deal, though - even the bacon was real bacon, lovingly chopped, not horrible "bacon bits" that come on the supermarket shelf.  Wow! 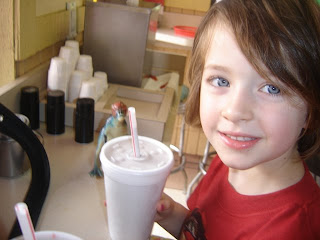 These were washed down with black cherry lemonade and an Oreo thickshake.  On the drive home, I put the seat back in the Buick, put my arm out the window, and wished I had cruise control.


** UPDATE!  Ms Baklover will be coming back to Australia next week!  I am just a city girl at heart.  Until then, enjoy a flurry of US posts before I get back into searching out new Footscray gems.  Thanks for reading, and to all my guest contributors for keeping the dream alive! **