The US has such fantastic regional cuisine variations, which are quite unmatched in Australia.  We really don't have foods specific to particular parts of the country, unless you count the pie floater in Adelaide.*  On the other hand, in the States, many cities have their own best-loved BBQ dishes, be it Texas brisket, North Carolina-style vinegar-soaked pulled pork, or Chicago's fall-off-the-bone baby-back ribs.  Green chile stew is popular in Colorado, while Texas chilli is a meaty stew which, in contrast to most other chilli con carne recipes, has no beans in it at all.  I love that even the smallest state in the US - Rhode Island - has a whole groaning buffet table of culinary specialties that are totally unique to it. 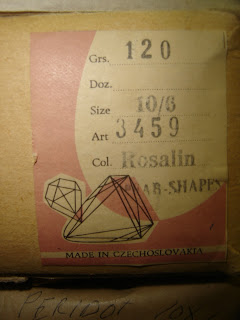 Rhode Island is actually one of the world's centres of vintage costume jewellery components, which is how K and I found ourselves cruising the dusty aisles of a rickety warehouse, exclaiming at the yellowed stickytape and fragile tissue paper cradling some specimens, and gasping with delight upon discovering some hidden gem (both literally and figuratively).  After a couple of hours of rummaging, our throats aching from decades-old dust, and we headed just down the road to the famous Olneyville New York System for a long, tall coffee milk and a couple of hot wieners. 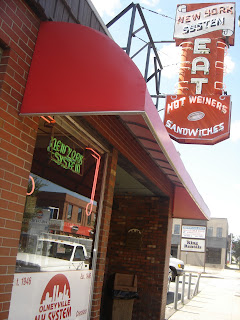 Hot wieners, pronounced "hot weenies" and alternatively known as "gaggas," start with a special type of hot dog that, being made with pork, has a milder taste than Chicago's favourite Vienna Beef variety.  They have square ends as a result of being chopped when they come out of the hot dog machine (don't think too much about that!) rather than tied off.  They are placed in a plain white hot dog bun, squirted with mustard, and topped with a special, spiced, ground beef topping.  This is then layered with raw onion and celery salt. 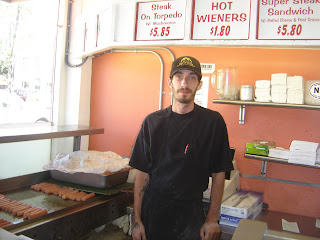 They are so beloved that the Rhode Island Magazine had to discontinue the hot wiener category in its "Best of Rhode Island" awards, such was the hate mail that resulted from their top choices and who was left out. 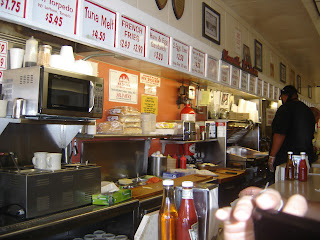 We perched at the counter at Olneyville N.Y. System, which has been serving hot wieners since the 1930s, and at the current location since 1953.  The "New York System" part of the name is apparently because hot dogs were originally associated with New York City.  Rhode Islanders, both now and during the rest of our stay, proved to be so friendly and curious, and they were delighted we had made it to semi-industrial Olneyville just to sample their favourite snack food. 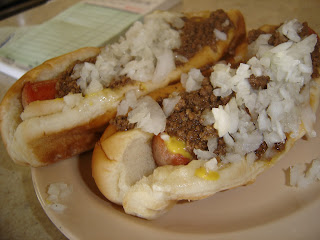 And let me tell you, the "hot weenies" were SO good.  The meat sauce is not fatty or wet, but a drier style (I am not a fan of "chilli dogs" a la Pink's in LA, which are topped with chilli con carne).  It's spiced with a secret mix that must include a little cumin, but I couldn't tell you what else.  The onions and the mustard cut through the richness, and the celery salt adds a zing to everything.  SO, SO yummy! 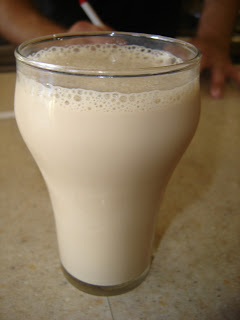 We washed this down with Rhode Island's favourite drink, "coffee milk", which is icy-cold milk, sweetened, and just stained with coffee.  While we were eating, some customers came in and asked for 5 spoons of sugar in their coffee milk.  I thought they were just mucking around, but the man faithfully made it up as ordered, and then one of the customers came back to the counter and said she actually wanted 10 spoons!  We left soon after, so we never got to see if it was all bluster back and forth, or horrifyingly, if it was not.
Olneyville N.Y. System (map)
20 Plainfield St
Providence, RI

If ever planning a trip to RI, you must explore Quahog.org, which is such an awesome site devoted to all things RI.

* I'm sure there are many indigenous food variations, but of these I am sadly unknowledgeable.

Posted by Lauren aka Ms Baklover at 8:04 AM