Just when you know a place, it still has the capacity to surprise.  I was so delightedly shocked when Kenny revealed that Metro West, the sad-sack largely deserted shopping mall on Paisley Street, actually concealed a Nepalese restaurant.  Fancy that!! 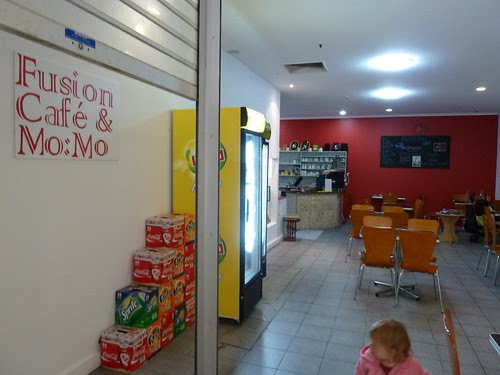 In this small cafe, there's a menu filled with intriguing Nepalese dishes like tass or goat with "rice bubbles".  "We only have things on that side of the menu because the chef is not here yet," said the young woman at the counter.  I nervously flipped the menu over to find the standard Aussie sandwich menu and immediately assumed she meant the boring sandwich side, but on questioning, no, she could make all the Nepali classics - the chef had to be present to make the burgers and bacon & egg rolls.  Such a subversion of expectations! 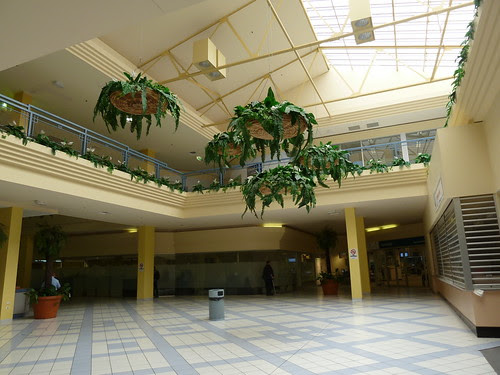 We waited about 20 minutes and the kids took great delight running in circles in the Metro West twilight zone.  The hanging plants make me think of an alien attack by triffid-like beings.  A deserted shopping centre is a strange place. 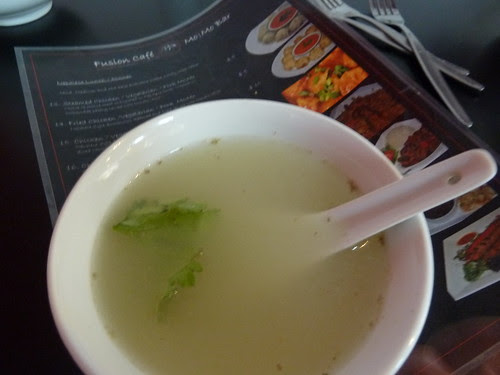 Quite nice chicken broth served complimentary to start - unfortunately rather lukewarm.  The kids liked it. 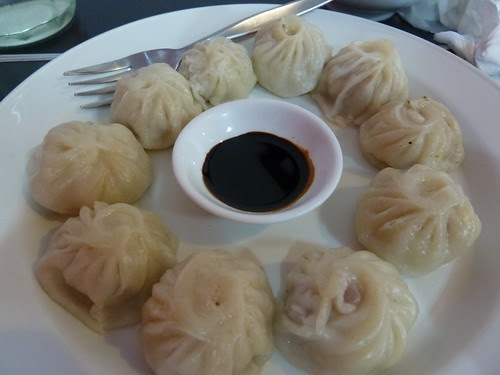 Steamed momo, $8
Sandwiched between India and China, it stands to reason that Nepali cuisine has hallmarks of both countries.  These momo dumplings were pretty unreal - handmade pastry around a super-juicy chicken filling with heaps of fresh ginger flavour.  They were reminiscent of a more rustic xiao long bao.  Dipped in a little thick black soy - delicious! 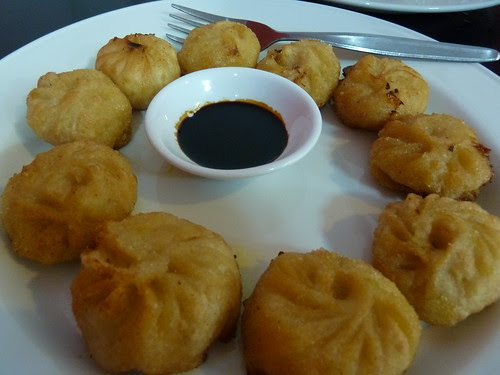 Fried momo, $9
Also delicious were the vegetarian option, filled with a soft grated carrot and cabbage filling, lightly spiced.  The same pastry has this time been fried to golden, crispy perfection.  These also came with a small dish of traditional hot chilli sauce which was quite nice, orangey-red and very spicy. 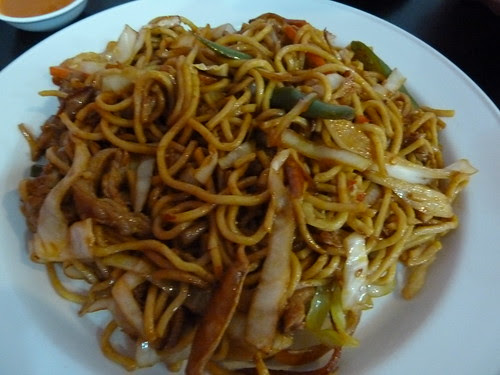 Chicken chow mein, $9
The chow mein had been highly recommended via Kenny's blog so we had to give that a shot.  "Chow mein" is very popular as an Indian-Chinese dish, which are Indian interpretations of perceived Chinese classics.  I really love Indian-Chinese food as unlike Australianised Chinese food, the Indian palate's love of chilli and spice means that the direction the basic Asian flavours have been taken in is vastly more interesting than the bland, sweet versions of Aussie Chinese.  Chow mein is not my favourite Indian-Chinese dish, basically because it tastes a lot like my own approximations of Chinese noodles.  The flavour is there but not the wok hei and the certain je-ne-sais-quoi that Chinese or Malaysian fried noodles have.  Nevertheless, I did enjoy this tangle of egg noodles with well-cooked chicken, vegies, chilli and soy sauce.
Check out Kenny and Bennie's adventures at Fusion Cafe here and here.  They have a momo loyalty card - buy six, get one free.