If I had to buy a beer for everyone who helped out on the Rickshaw Run - well, let's just say we'd be on a baked-bean diet that week.  The way the westie community pulled together to pull it off was just amazing.  I do need to say a special thank you, though, for a very special collaboration between the Rickshaw Run and the Footscray Rugby Union Club. 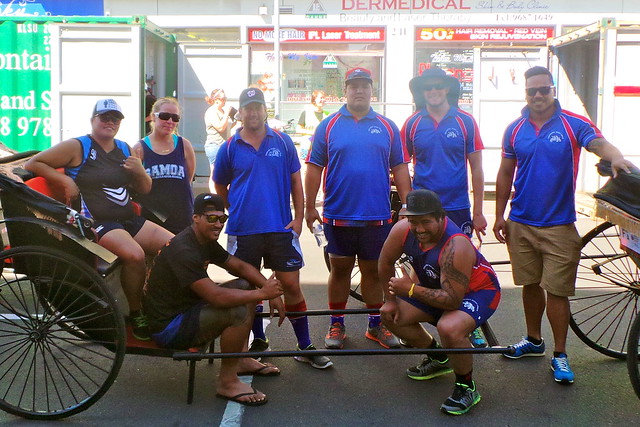 When these guys came on board and agreed to staff an entire shift, I offered to write a post about the club on Footscray Food Blog.  What I didn't know was how perfect a fit the club would be for the Rickshaw Run, and how genuinely happy I'd be to spread the word about them. 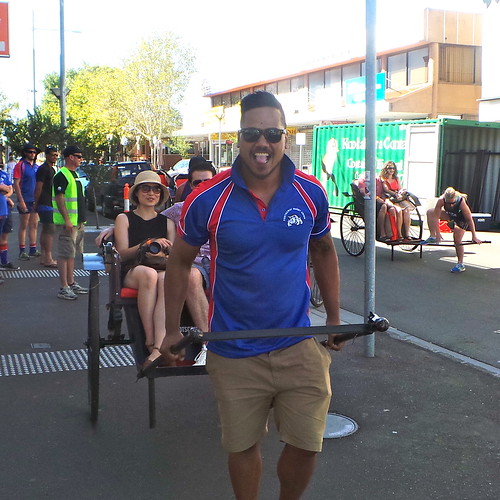 So read on for more about this dynamic, friendly grass-roots club - plus a very cool, very westie foodie connection, and how you can get a piece of it! 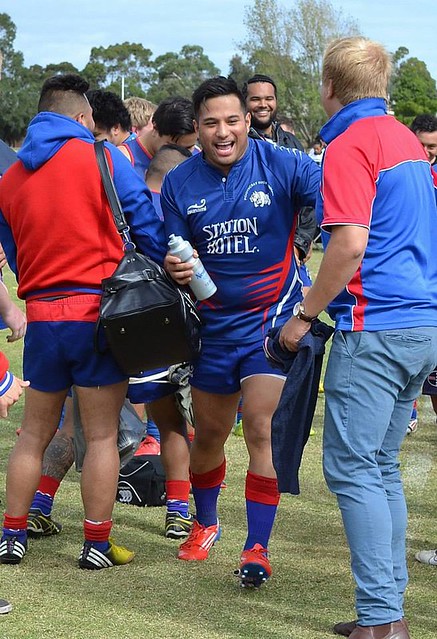 Footscray Rugby Union Club was founded in 1928.  The Dewar Shield is the premier Victorian rugby competition, fought out between nine teams who represent 125 years of rugby in Victoria.  Footscray currently have senior men's teams contesting at this top level. 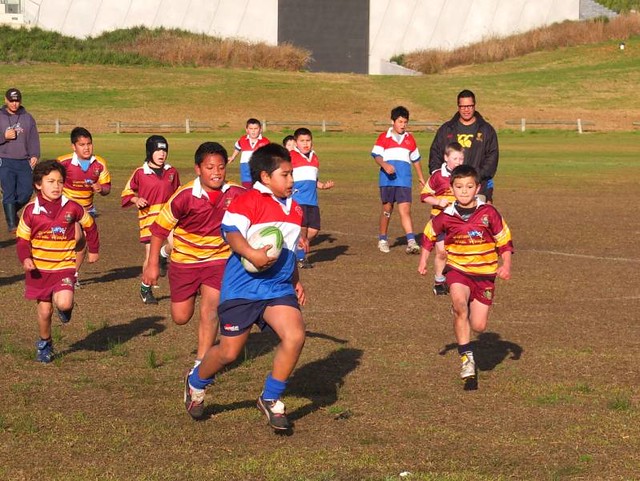 
Footscray also has a junior pathway program that starts with kids aged 6 to 10 who learn the game in a fun and safe environment while building on their motor skills and coordination.  There are U12, U14 and U16 rugby teams that compete against other teams across Melbourne. 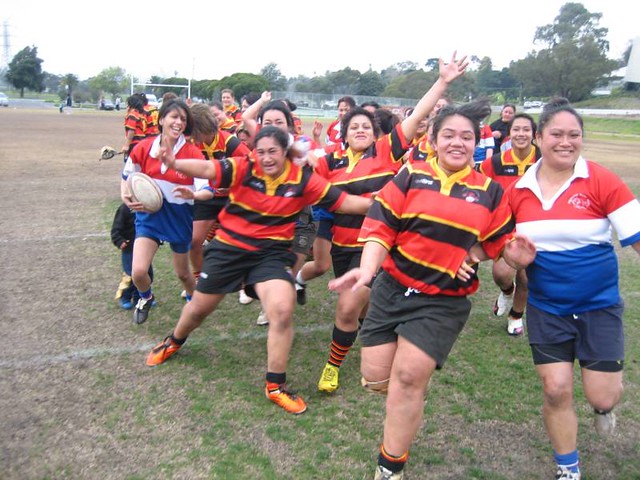 FRUC's women's teams are comprised of three independent rugby clubs, with a strategic viewpoint to grow the game across the western suburbs of Melbourne.  They include Brimbank, Footscray and Melton rugby clubs. There are currently six women's teams contesting this season, with FRUC's team - the Western Districts - having been very successful in preseason fixtures. 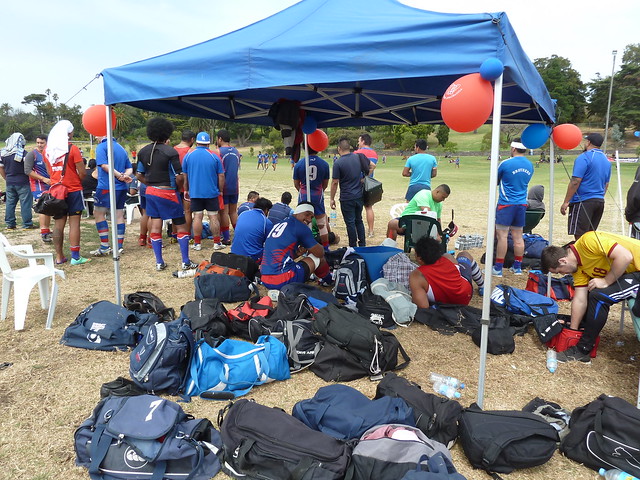 You don't have to be an expert to come and play.  The club currently has four different grades, which means that everyone can find a level at which they're comfortable.  Leki Sisifa of FRUC explains: "We have rugby teams to cater for players looking to push for higher honours to the weekend warriors hoping to throw the ball around with some friends.  Footscray Rugby Union Club is happy to accept players of all shapes and sizes regardless of skill level.  We are a very inclusive club". 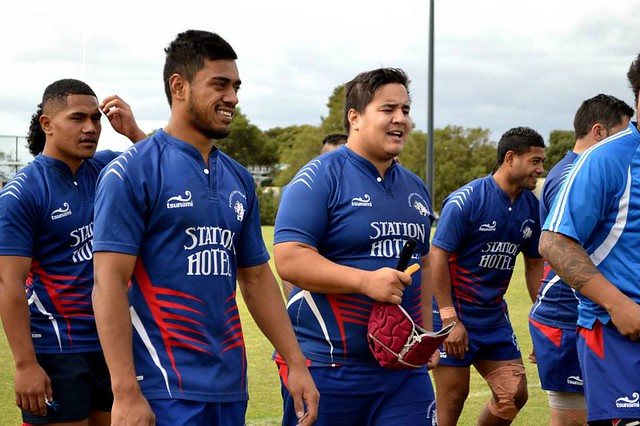 Rugby Union in Victoria obviously plays a very far second fiddle to AFL, but to me, there's something good in that.  The Rebels (Melbourne's state-level rugby team) are required to play in comps for clubs that are at Dewar Shield level.  To me, this means more genuine involvement between top-level players right down to kids just starting out. 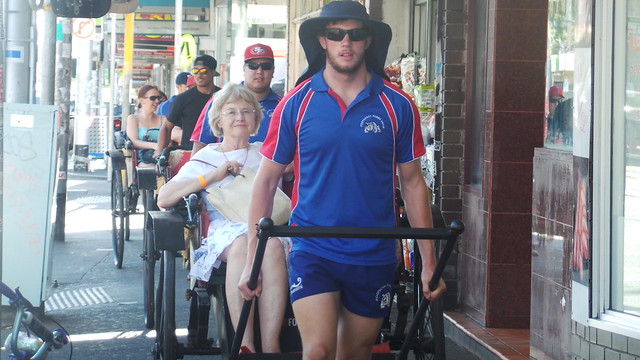 Footscray Rugby Union Club's volunteer representatives got so many positive comments from guests on the Rickshaw Run.  They made such a great impression that they even got a mention in Federal Parliament! 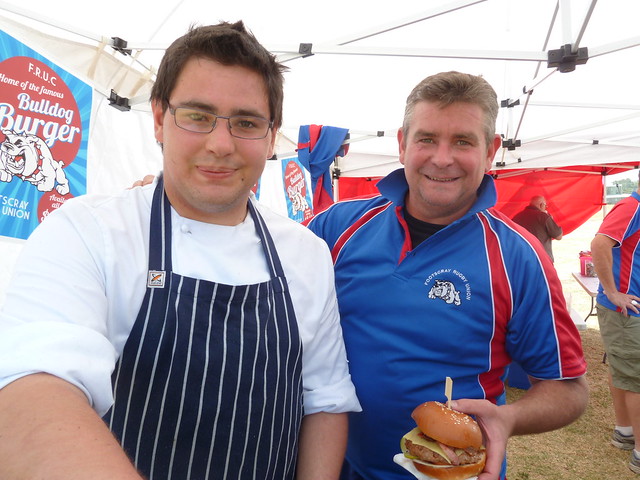 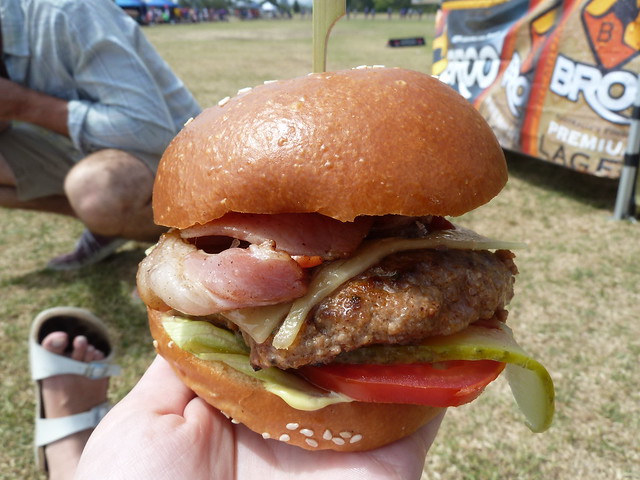 Sean has been instrumental in creating Footscray Rugby Union Club's signature home-game offering - the Bulldog Burger.  For a mere $8.50, you get a Station Hotel-quality two-hander - a beef patty, pickles, bacon, cheese, mustard, mayo and ketchup on a brioche bun. 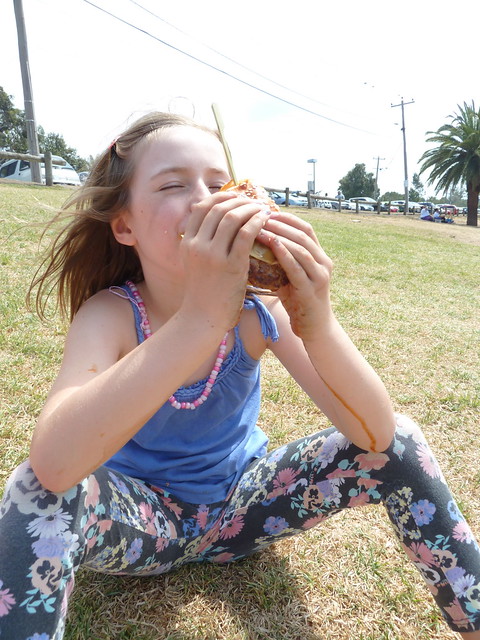 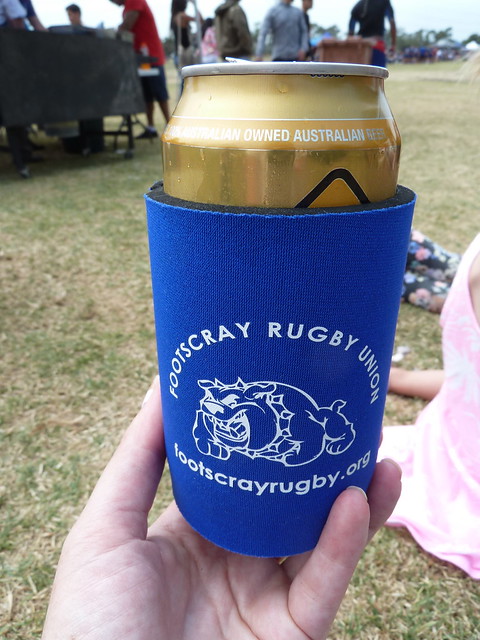 The next home game is this Saturday 26 April at Henry Turner Reserve at Footscray Park.  Everyone is welcome to come down and enjoy the game.  The fixture is 3rd grade at 12 noon, 2nd grade at 1.30pm, 1st grade at 3.10pm and 4th grade at 3pm.  The Bulldog Burgers start sizzling at about noon.  There's also beer for sale from Broo, brewed on the Mornington Peninsula.  Love that it's in tinnies!

From my own experiences with my kids' sports, running a sports club is darn hard work.  In my dealing with FRUC, I've been genuinely impressed with their professionalism and commitment to the club. 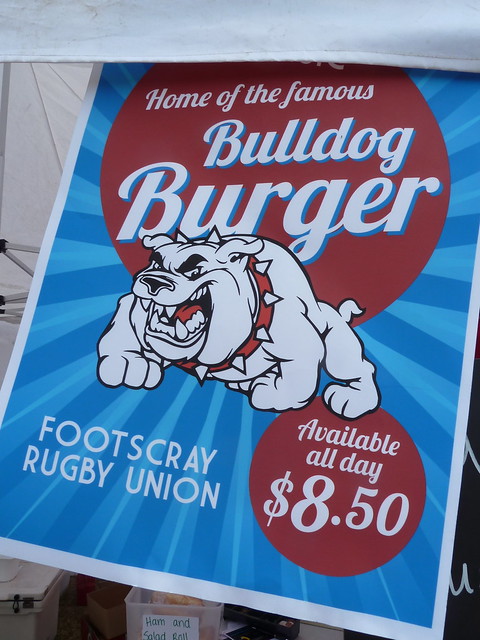 If you're interested in being part of FRUC, the club invites you to please come along and check them out.  Keep an eye on their active social media channels (Facebook, Twitter and Instagram) for game dates and also check out their new website, complete with lots of videos.  You're also welcome to give the following folks a call with any questions: 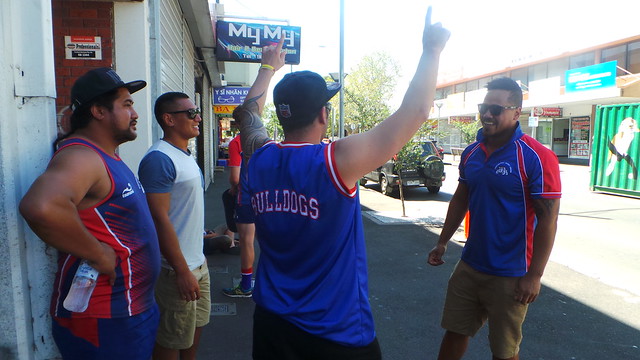 One more reason to join - the Station Hotel do the after-training meals for players!  We're talking spicy bolognaise, steak sangers, and sausages with mash and onion gravy.  PS:  Did you know the Station has a blog, complete with the recipe for their lick-the-plate-good bearnaise sauce???

Posted by Lauren aka Ms Baklover at 2:02 PM