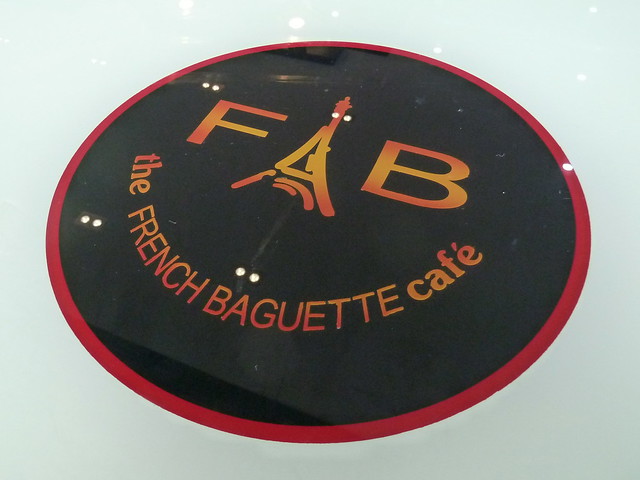 The new French Baguette Cafe has taken so long to open - maybe, I don't know, a good year - that after a while, the Eiffel Tower in its logo started to look to me like a big middle finger. 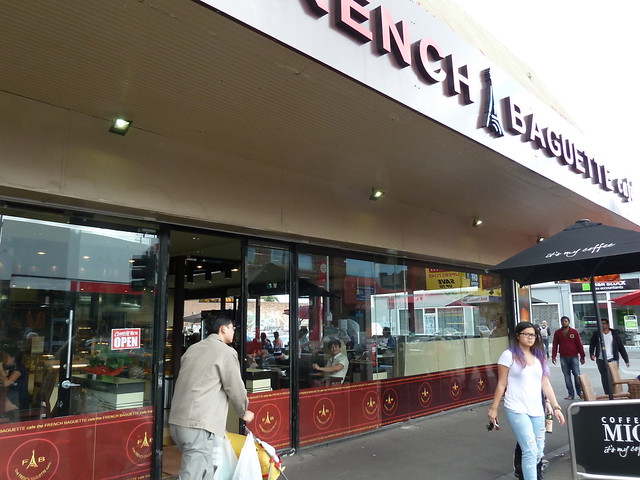 Now that it's open, I think the Eiffel Tower in the middle actually makes the initials look less like "FB" and more like "FAB" - so I met up with a few folks to see if it lived up to its name. 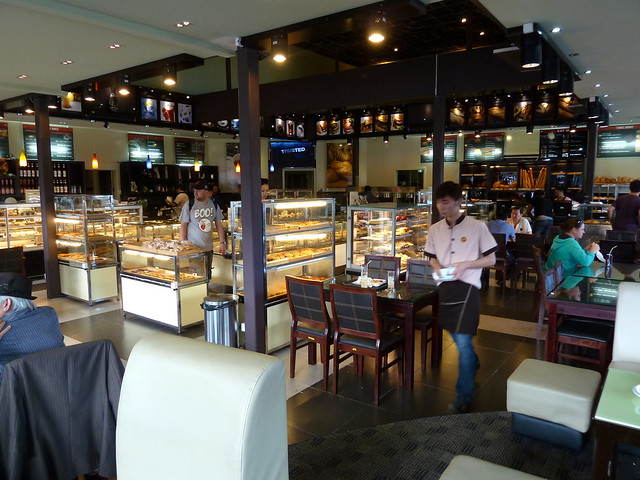 It's really big inside, with large comfy chairs, including a few on a raised dais.  On a Saturday morning, it was full of folks enjoying coffees and a good old chinwag. 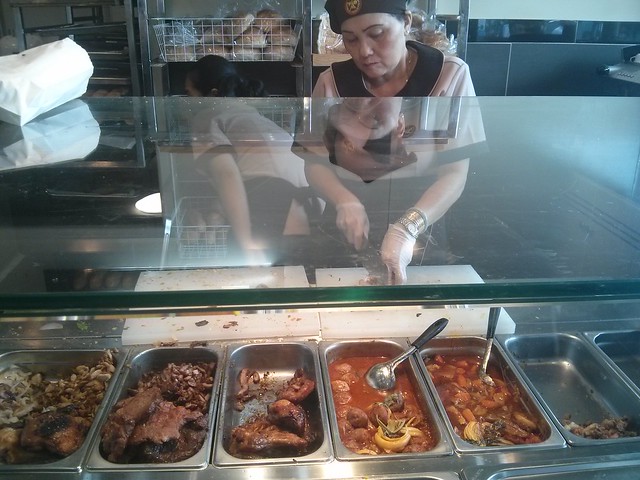 We hot-footed it straight to the banh mi.  There are all the classic fillings like mixed ham, meatballs and fish cake, plus grilled options including chicken, pork and (unusually) beef.  The rolls are particularly big - I think a good 5 cm longer than Nhu Lan's - and only $3.50. 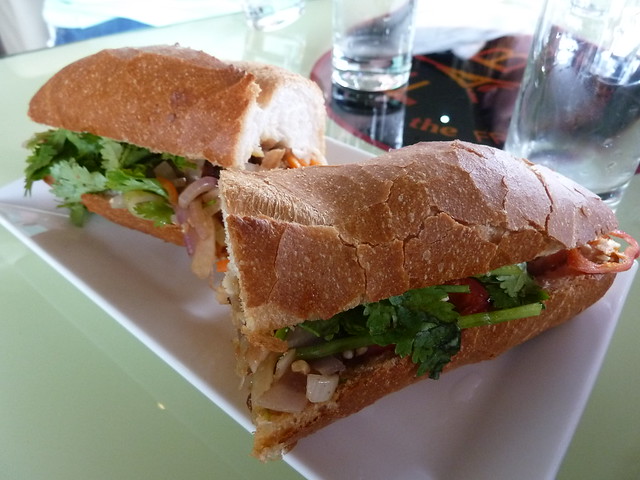 The bread wasn't quite right for a banh mi.  Proper banh mi bread should be ridiculously crunchy on the outside, and with the middle gooshing down to almost nothing as soon as you apply some pressure to take a bite.  This was a big more dense, perhaps closer to an actual French baguette.  But the fillings were good, and service was with a smile.  I'd happily grab another if I was nearby. 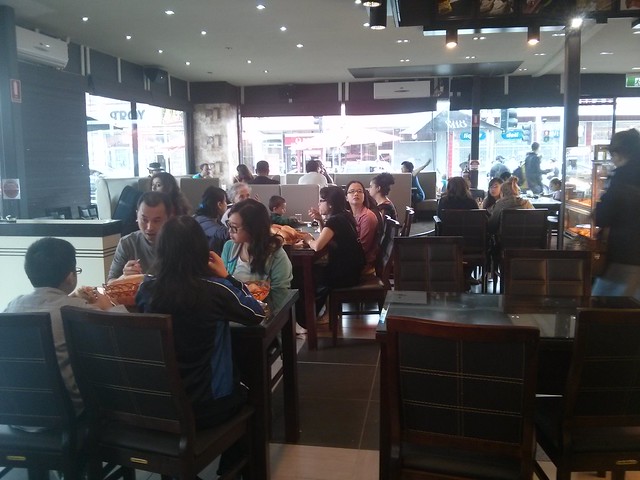 I did spot quite a few peeps enjoying bo kho, Vietnam's answer to beef stew - big chunks of fall-apart-tender beef plus some tatties in a tomato broth.  A small bowl plus a roll will set you back just seven bucks. 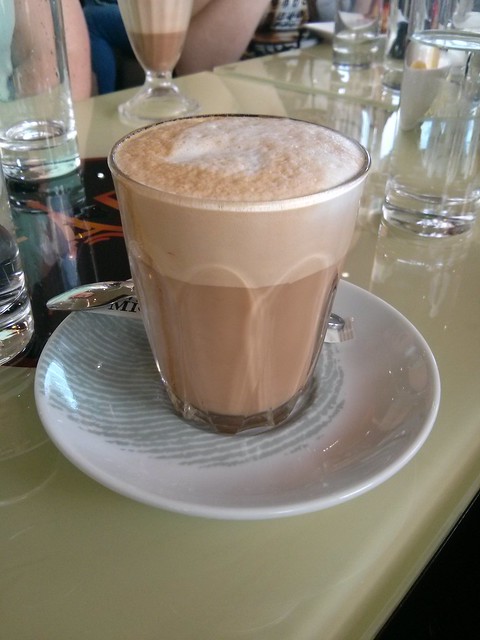 Coffee was pretty good.  The milk wasn't silky enough and there was too much foam but the underlying shot was well pulled.  I've seen the barista before at Cafe Cui. 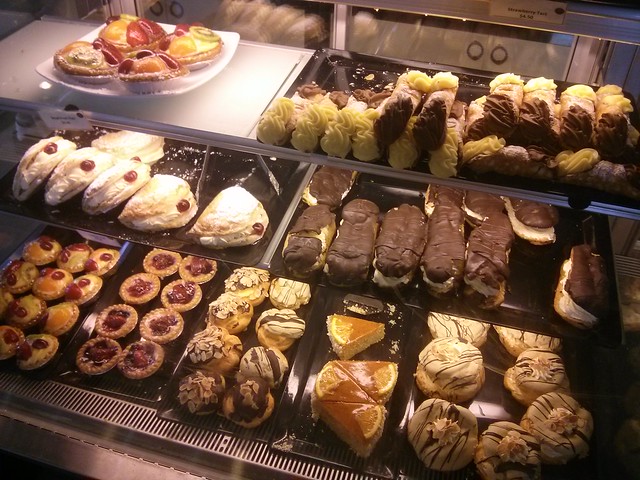 French Baguette also have a giant stronghold of cakes in the middle of the store, which you are encouraged to pillage, armed with a tray and tongs a la Breadtop. 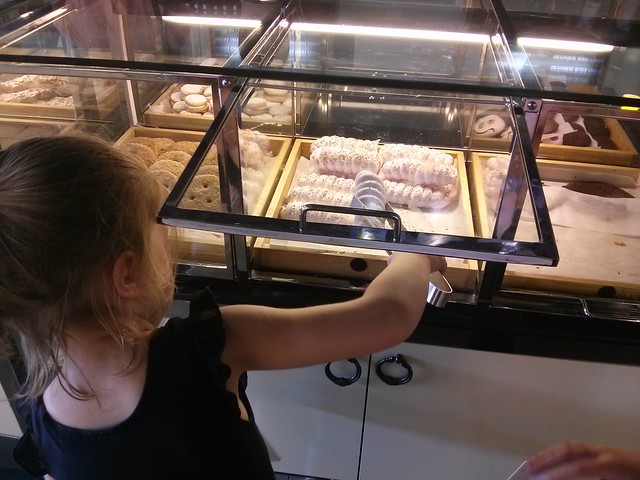 This is a particular hit with the kiddos, as you can imagine. 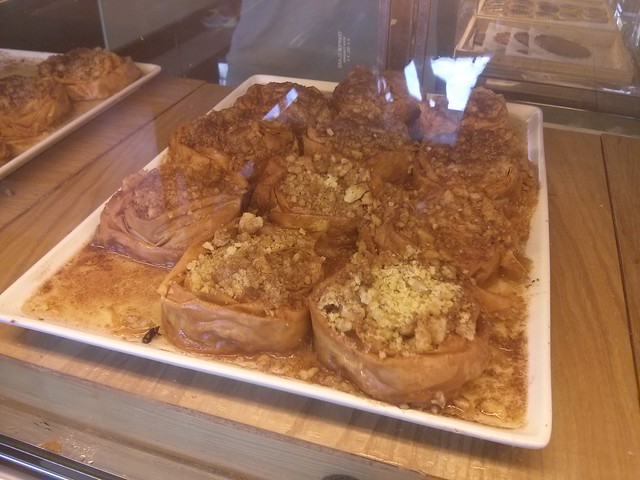 Most of the cakes are on the big side and a bit OTT for my taste, but I did spy some Greek-style baklava that I've filed for future use.  Fun fact:  Do you know why my pseudonym when I first began blogging was Ms Baklover?  When my husband first moved to Melbourne from Chicago, he became hopelessly enamoured with baklava.  In fact, he became a bak-lover.  We started our own food blog about the best baklava in Melbourne.  I think we only ever did one post before I deleted it (I think I was worried about eating too much - HA. HA. VERY FUNNY, 8 YEARS AGO ME) but the name stuck!

French Baguette are still finding their feet.  It was a bit of a struggle trying to pin down eight clean glasses for water for our group.  I also think they need table numbers on sticks rather than the little rounded ones that sit flat on the table, as right now staff need to roam the whole place looking for you to deliver your coffee. 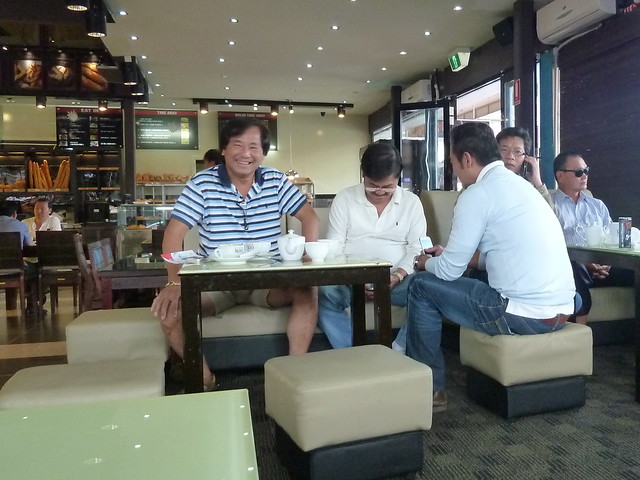 To me, it has a feel like Balha's in Brunswick - a multi-age, multi-ethnic hangout where you go to eat cake and coffee.  There's even a mezzanine level. 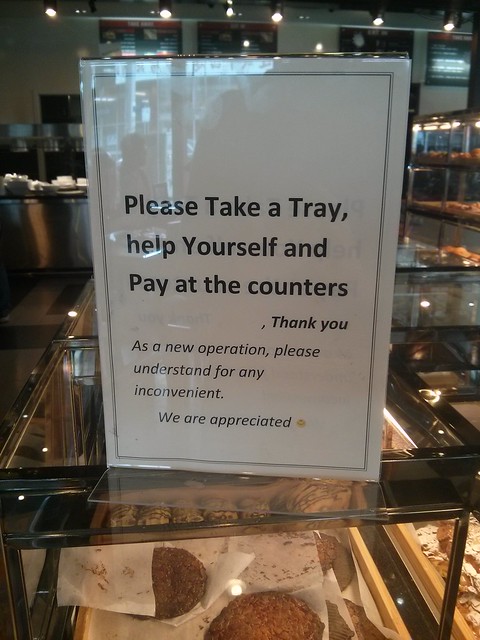 I love this sign.  FB, I really hope the last line comes true for you.

Posted by Lauren aka Ms Baklover at 8:58 AM