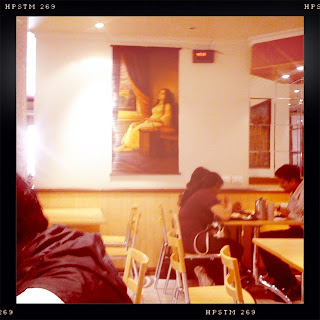 Years ago, I went to Bangalore in South India.  The food there was unlike any Indian food I had ever eaten in Australia before.  Instead of the ubiquitous butter chicken and rogan josh, there were enormous, crepe-like pancakes (dosas), UFO-shaped rice flour patties (idlis), and the most divine light, spicy soup (sambar) that accompanied every meal (including breakfast!)  Upon coming home, I felt that I had been shown a miraculous world, the door to which was then abruptly slammed shut.  That was until I found Flora in Flinders St, which has since fulfilled all my South Indian cravings (for food at least).  Thanks to Lizard, a fellow Flora fan, for this mouth-watering guest review!

Alright, my first ‘guest’ review for Ms Baklover’s food blog! Like Ms B, I am a fierce foodie – I live to eat and I will die for the best kastu don. I even once wept over a bowl of the most amazing tempura snapper fillet on a Thai salad.

This is a restaurant that Ms B introduced me to – and I am now a fan of it: cheap, tasty and quick Indian food. Don’t you sometimes find that Indian food can be rather expensive? Also, served in kind of… smallish portions? It was only recently that I looked at the bill for the take-away Indian feast that was ritually ordered at my dad’s house for Sunday night dinner, and my blood turned to ice. Is Indian food trying to be a fad? Or is it genuinely difficult to cook, expensive to flavour and therefore, fairly priced? 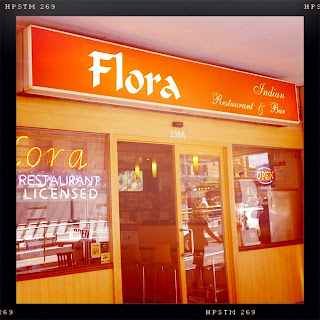 Flora, on Flinders Street, opposite that iconic station, kind of blows those expensive Indian restaurants du jour out of the water. For only 10 dollars, you can walk out of that restaurant with a painful cramp in your midsection that reminds you that your bellybutton is NOT bigger than your eye.

Step into the early 90’s décor, with Indian paintings crowding the walls, a bar available and a television screen with at 24-7 Bollywood MTV. The first thing you notice in Flora is the abundance of Indian mothers and grandmothers, complete with saris or Pakistani dress. It’s like a special chef's hat: this restaurant is a great place to take your mother/grandmother/relatives to. It attracts a parade of university Indian students (being right below a university housing), as well as a few Anglos who give you a grim look - that look where they hope you aren’t some reviewer that will tell everybody about Flora and ruin it for the real fans. 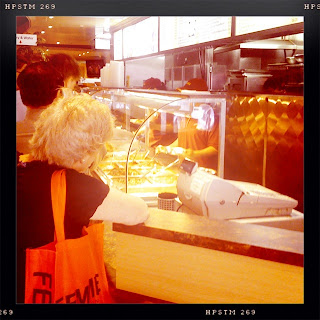 Okay, now, to the Food. I’ve been to Flora a fair few times, and the food is just as good every time. You have the option of a quick selection from the hot buffet cages, or from the menu for larger and typical dishes like Butter Chicken or Rogan Josh. There’s also fresh lassi available, and they have rosewater flavoured! I had that with a friend, and by gods, was it good! A bit heavy, but just what you need for a spicy dish. 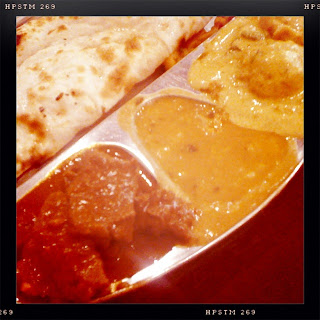 Being a typical Taurean, I always order the small combo, foregoing rice for naan – one meat, one veg, and daal. One excellent thing about the combos – you can ask the smiling servers to swap for two meat, or two veg, et cetera. Today, I picked lamb vindaloo and chickpea balls in yoghurt, and got the compulsory dollop of daal. The naan is fresh and slightly oily, dry in spots and puffy in others. The buffet menu changes a few times a week – but there’ll always be a lamb, beef or chicken curry to pick out. The vindaloo isn’t always hot enough for my taste, but the coconut chutney that comes with the delicious dosa pancake or bohava is pretty damn spicy and delicious! 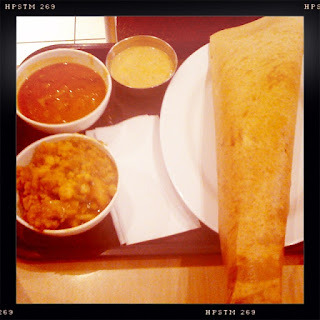 Speaking of the dosa, there is a list of various dosa that you can get. Word of warning when ordering the Masala dosa, the crepe-like bread that is rolled up like a wafer stick – it comes stuffed with a delicious and surprisingly light potato mix, but one person can’t finish it on their own! The same goes for the special menu items – do as the customers do: order one or two, a pile of naan, and share amongst four people. There is also mountains of deep-fried delights – bondas that are made of chickpea, lentils, potatoes, chillis and more – golden goodness that comes with the coconut chutney, a match made in heaven. Very hard to ignore, but we’re only human – buy one or two to taste to make mortality all worth the while! 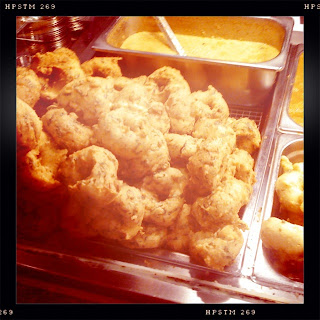 I always make quick work of my curry-laden steel tray, and I always order a fresh small bowl of raita – my favourite condiment in the Indian cuisine (and I probably break a zillion Indian etiquette guidelines by slurping the raita straight up with a spoon). The meat is always tender, the sauce plentiful, and the vegetables are quite excellent – crunchy, never soggy, because of the never-ending queue of lunchtime patrons that doesn’t let the curries sit still. 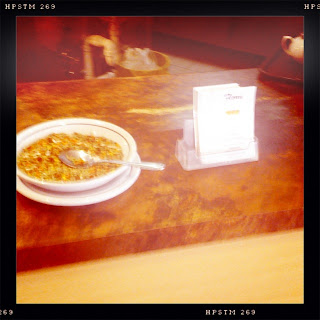 When you’ve finished, pull your belt back a few notches, and on your way out, pick up a spoonful of complimentary Indian breath freshener and digestion aid with its Christmassy colours (ingredients usually being coloured sugar, fennel seeds and coriander seeds). Most importantly - pick up one or two of Flora’s cards to trade with your friends!

Thanks Lizard!  I am craving masala dosa right now.  By the way, I regularly eat the entire thing on my own - what does that say about my appetite?!  If you too have a Melbourne food find you would like to share (anywhere from the city to way out west), please send it in to footscrayfoodblog at gmail dot com.

Posted by Lauren aka Ms Baklover at 11:03 AM