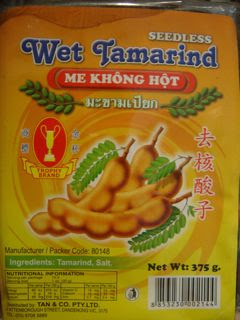 Many great sauces and stews are built on the triumvirate of sweet, salty and sour flavours.  Think caponata, the Sicilian eggplant stew seasoned with sugar, salt and vinegar, or a Thai curry with palm sugar and fish sauce, anointed with a squeeze of lime at the end to round out the flavours.  Tamarind is another sour or acid ingredient, most commonly associated with Asian cuisine.  It is a truly global fruit, however, having originated in Africa, and since become popular everywhere from Mexico to Madagascar.  Its flavour is both sweet, tart and tangy, and it is used in savoury sauces and soups, as well as rolled in sugar and enjoyed as a sweet snack.  While living in the US, I became very partial to tamarindo candy - perhaps the precursor to the "sour lollies" that are so popular today!
You can buy ready-made tamarind paste in Asian grocers, but if you want the best flavour, you need to make your own.  It's really easy and once you taste it, you will never buy the ready-made stuff again! 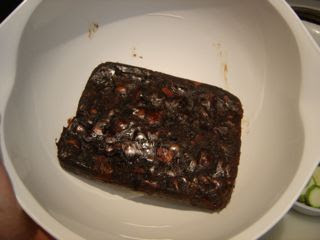 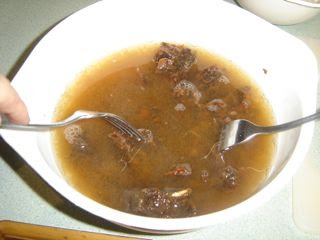 Pour over 600 ml boiling water and break up.  Leave to sit for a couple of hours.  (Note: I have read that if you are in a hurry, you can just leave the tamarind in the water for a few minutes before straining, but the longer you leave it to soak, the better the flavour.) 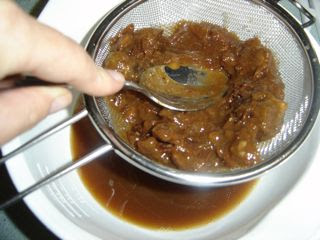 After a few hours, tip into a sieve atop a bowl.  Using the back of a spoon, mash the solids against the mesh, extracting as much pulp as possible.  When you have strained as much as you can, place the solids back in a bowl with another 200 ml boiling water, leave for 20 minutes then strain and mash again. 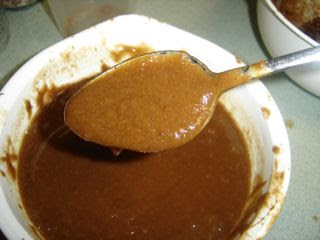 You will now have a sieve full of seeds and fibres, and a bowl of smooth, luscious tamarind paste! 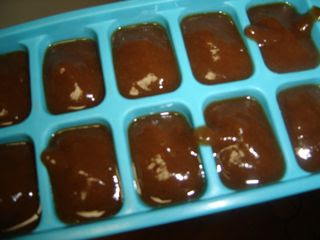 Store in ice cube trays in the freezer.  Each cube equals roughly a tablespoon.
Stay tuned for some tamarind recipes!