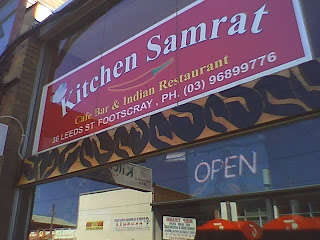 Popped into town to pick up some Kitchen Samrat for a lazy lunch. $16 for two curries and four naans (two with garlic). 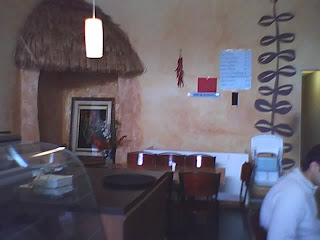 They now do dosas!  These wafer-thin, crispy pancakes are made of a fermented rice and lentil batter.  They're stuffed with spiced potatoes, eggs or cheese and rolled into a huge cigar shape.  Looking forward to eating in soon so I can try them. 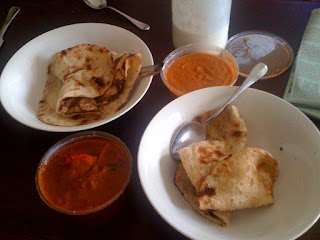 Today we had Chicken Tikka Masala and Malai Kofta.  The Chicken T.M. was great - pieces of chargrilled, marinated chicken in a thick tomato gravy, with onions and red capsicum.  This dish is a modern one, and one story goes that an Indian chef in Glasgow created it when a customer complained his chicken tikka had no gravy.  Although chicken tikka is traditionally served dry, the chef improvised a sauce of tomato, spices and cream, and the dish was born.  It is now so popular in the UK that in 2001 it was named a new national dish of Britain.
Unfortunately, we were disappointed in the Malai Kofta.  These are torpedo-shaped balls of paneer cheese and potato, lightly spiced and deep-fried before being served in a very rich, creamy sauce.  The balls tasted old and the sauce itself had an unpleasantly strong cheesy flavour.  We didn't finish it.
Nevertheless, we have always been impressed with Kitchen Samrat in the past so we won't let this break our stride.  Maybe their new dosas will make up for it!
Kitchen Samrat, 36 Leeds St, Footscray

Posted by Lauren aka Ms Baklover at 6:08 PM